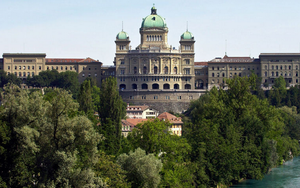 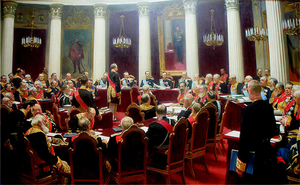 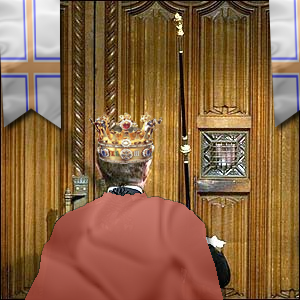 Opening tradition by the new king

The Hogerhuis (House of Lords) is one of the chambers of the Batavian bicameral parlementary. Under the current constitution of the Kingdom of Batavia, the Hogerhuis is not part of the legislature. The house is seen as an advisory body for the king, who also presides over the Hogerhuis.

The meetings of the Hogerhuis take place in the Paleys of Leopold I in 's Koningenwaarde.

From the birth of the Oogstmaand Monarchy to the United Batavian States, the Hogerhuis did not exist, there have been variations or the Hogerhuis was not active. With the start of the Sixth Kingdom of Batavia, the Hogerhuis has been re-established. On 8 Grasmaand 1671, King Arkadius IV des Vinandy opened the Hogerhuis with the intention of being advised.

Upon the coronation of a new King or Queen, he of she will be received by the deputy chairman of the Hogerhuis on the platform of the palace. All nobles are on the landing and the stairs. The new King and Queen are then handed the ceremonial staff. With this ceremonial staff the new King or Queen has to strike the door of the palace three times. Then it is necessary to say "In the name of the new King (or Queen), open the gate", after which the doors will open.

Members of the Hogerhuis are appointed or dismissed by Royal Decree. The king applies the principle that members must at least have a noble title to be appointed as members.