The Drak-Modani Defense Force was a combined arms force tasked, under the Laws of Drak-Modan with defending the totality of Drak-Modan's holdings on Micras. It is ultimately under the command of the King & Queen of Drak-Modan both hold supreme rank of Grand Commanders of the Defense Force. Most operations and decisions are made by the Drak-Modani Secretary for Defense. The DMDF is modelled after the customs, traditions, and standards of the Natopian Defense Force. From 1674 AN until 1690 AN it would form the core of the Southern Banner Group of Benacia Command before being superseded in that role by the Sanaman Armed Forces.

Its research department, Mission Advancement by Scientific Coordination (M.A.S.C.), operates independently and in support of the three combat service branches. 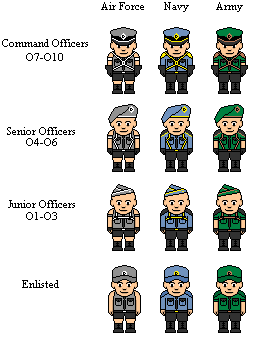 With the exception of six Awake-class diesel submarines taken by the Black Legions, the majority of the equipment and personnel of the DMDF passed into Shirerithian possession with the annexation of the country by the Imperial Republic in 1699 AN.