Project Iakobson is a secret military research program being conducted by the Drak-Modani Defense Force's Department of Mission Advancement by Scientific Coordination (M.A.S.C.). Primary research is being conducted at the Organic Research and Application Laboratory in Eriksburg. The research is based off of the recently published work of Dr. Gaioz Jughashvili, a biologist and pioneer in the study of pheromones. His dissertation successfully showed that the Vomeronasal organ in humans reacted to copulins, a human sex pheromone. His ground-breaking work allowed him to secure a position as medical inspector at the Kinsey Testing Facility in Jugensk leading up to and during the early days of the Sanaman intervention in Drak-Modan in 1690. While working there he successfully isolated and harvested human copulins from female research subjects at the facility under the guise of a standard medical examination. He fled with his research when Sanaman forces approached Jugensk.

In 1691, at the DMDF chemical research lab in Eriksburg, Doctor Jughashvili was able to duplicate his research for the command staff of M.A.S.C. He released the freshly harvested copulins as an aerosol into a chamber of male Kinsey 0s and 1s who chose to volunteer as test subjects for six months rather than face deportation. The results were promising. Within thirty minutes, the test subjects had lost all former heterosexual tendencies and began engaging in Draconian acts with each other. When the aerosolized copulins were turned off the test subjects ceased their activity. All subjects were given Kinsey tests 24 hours after the experiment. Fourteen out of twenty subjects had no change in their Kinsey scores, but six subjects increased their Kinsey scores by one level. This prompted those that scored a 2 to be immediately released from the research program and required to return in six months for a follow-up to receive legal Draconian status.

The majority of the research and material generated by the project fell into Shirerithian hands after the annexation of Drak-Modan in 1699 AN, although the Eriksburg facility was raided by unknown parties during the preceding 1699 Drak-Modani attempted coup d'état.

With this successful proof of concept, additional tests were conducted at the O.R.A. Lab. Test subjects were administered copulins intravenously, in pill form (oral and suppository), and in various concentrations of the aerosol form. Intravenous application caused the subjects to become deranged, hypersexual, and self-mutilating for two to three minutes. This research was passed on to covert operations divisions of the combat branches. Ingesting copulins as a pill was promising, although the dosage required to maintain induced-Draconianism was exceptionally high and the frequency of doses was unsustainable for long term and permanent conversion. Research was shared with the private pharmaceutical industry. Aerosol application proved effective over a large area, although as soon as the aerosol passed out of the lungs and filtered out of the blood, subjects returned to normal.

Male subjects underwent active scans that showed hyperactivity in the Vomeronasal organ (Jacobson's organ) when under the influence of copulins. Female subjects underwent active scans that showed the Vomeronasal organ reacted to isolated and concentrated axillary molecules, although not to the degree that males reacted to copulins. The research on axillary hormones was determined to be of little use to M.A.S.C. and sold to a foreign cologne manufacturer.

Research trials continued, but it was clear that naturally-occurring copulins could not be used in military or industrial applications without increased potency or production.

By late 1691, the effectiveness of copulins was proven to work in short-term and continuous-use applications. However, further research required a steady stream of human copulins and the dwindling non-Draconian population of Drak-Modan could not provide the quantities needed from direct harvesting. In a clandestine operation approved by M.A.S.C. and carried out by the DMDF Air Force, several opportunistic Athlonic cloners were willingly relocated from Hergon to a private lab in Modan Hamlet. The Athlonic cloners were junior members and students of the team that created the Satyric Guard and oversaw the cloning process of Nathan II's children. This team of scientists from Hergon were charged with finding ways to produce copulins at a usable scale for military and industrial uses and to find ways to genetically engineer the copulins to be more potent, and/or longer lasting.

By early 1693, a practical level of potency and duration of the effects of artificial copulin particles had been developed. ORA Lab opened an annex dedicated to copulin production and began ramping up production. By late 1693, a struggling large appliance factory in Eriksburg was purchased by MASC and converted into a weapons facility with the intent of establishing a stockpile of copulin-based missiles, bombs, and grenades. The facility was a sub-department of MASC, with equal responsibilities for production and research.

The Sub-Department & Institute of Copulin Creation had its official ribbon-cutting ceremony on 12.XI.1693. Among notable attendees were Drak-Modani army generals, Drak-Modani air force marshals, Queen Qaren, Duchess of Capeshire, and Princess Lisa Drak & Waffel-Paine. Qaren gave a speech at the ceremony touting the economic strength that the Capeshire region possesses and how industries like Sub-DICC will put Drak-Modan on the path to economic and military independence and prosperity. They claimed that MASC purchasing and repurposing the failing factory saved approximately 500 well-paying jobs for Eriksburg residents. Sub-DICC would attract more highly educated workers to Eriksburg and would form an anchor to the city's fledgling high-tech sector. Lisa gave a few soundbites to a local paper where she praised the scientists and engineers for getting this program from planning to production in under three years. She dodged a question on the Shirerithian wedding scandal by saying "as long as the Bovic Draconian State possesses this powerful non-lethal deterrent, we will be strong, secure, and intolerant of any disrespect to our superior way of life." 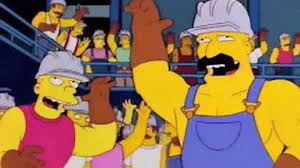 K6 workers on the production line at the Sub-DICC facility.

Due to the nature of the production facility, Kinsey testing was required to prevent any copulin exposure affecting workers. Kinsey testing was included in the interview process. Only Draconians who were rated at K5 or K6 on the Kinsey scale were allowed to work with copulin production, with direct contact reserved for K6's (and KX's) as their exclusively homosexual (or asexual) rating granted them total immunity to the copulins. These more specialized positions required a higher pay-grade.

Those who were rated at K4 were permitted to work in clerical and administrative areas outside of production. This decision to allocate jobs based on Kinsey ratings was the first government-sanctioned use of the Kinsey rating system established by the Conversion Camps and Kinsey Testing Act of 1690. To ensure workers' safety, an individual's Kinsey rating was included on ID badges after a person's name. One could infer a worker's pay-grade by seeing their Kinsey rating with most K6's earning the top salaries.