Corcovado, officially the Ciudad Autónoma de Corcovado (Autonomous City of Corcovado), is a territory of the Verionian Autonomous Republic of Los Liberados located on the continent of Keltia. The city was annexed by the Liberadosans in late 1669, following the collapse of the Caputian kingdom and the subsequent instability in the region. The main goal of the annexation was to protect the San Pedrovian people, and the cultural heritage of the region, which is related to the Liberadosan culture.

The geographical region that was known as San Pedro originated as the colony of Santa Gertrudis within the Empire of San Martin. After the Cibolan wars, and the fall of San Martin, the region was part of the newly independent confederal state of Santa Gertrudis and Isla Gera, which was founded by Augusto Benavides. The confederacy subsequently underwent several political changes, until it was annexed by the Alexandrian Empire as part of the province of Rio Grande, where it remained until the demise of Alexandria following a devestating national epidemic. 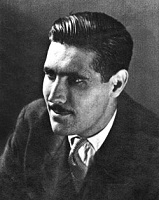 San Pedro was part of the Union of Caputia and as such governed by Her Majesty Queen Elizabeth I, and the Royal Parliament of Caputia. The regional governing council of San Pedro was known as the Circle, and was presided over by the Prince of San Pedro. Who, at the time of the Caputian disolution, was Jorge García Álvarez. The Circle of San Pedro, was a body of 35 members, elected in a manner of proportional representation. The Circle was dominated by pro-Caputian members. After becoming part of the Caputian Union, San Pedro has kept its destinctive Martinan culture and language. However, its location allowed for a dictatorial government to arise within San Pedro, when Prince Don Juan "the Tiger" Murillo assumed the San Pedrovian throne and demanded the execution of several members of the government, as well as critical members of the public. A short but bloody revolution occured in 1662, disposing Murillo who subsequently fled to the Brettish Isles. Jorge García Alvarez, one of the leading voices of the revolution, was then named Prince of San Pedro, and his reign effectively ended the short-lived dictatorship.

In 1663 AN, the Caputian Parliament granted statehood to San Pedro by unanimous decision. Following the Royal Assent being granted, San Pedrovians took to the streets to celebrate. Following the fall of Caputia, San Pedro ceased to exist and its population was gravely threatened by the turmoil on the Keltian continent. As a result, the government of Los Liberados intervened.

Corcovado became the capital city of the Caputian state of San Pedro, following its formal asscension to Statehood in. The State had kept its destinctive Martinan culture and language. The city of Corcovado played a crucial role in the 1662 revolution, which saw Prince Don Juan "the Tiger" Murillo be disposed by the opposition, lead by the later Prince Jorge García Álvarez. Following the fall of Caputia, San Pedro ceased to exist and its population was gravely threatened by the turmoil on the Keltian continent. As a result, the government of Los Liberados intervened.

In late 1668, the government of Los Liberados announced its plans for a humanitarian intervention in San Pedro, in order to rescue the population from the expected disasters of the Haifan Civil War. The Liberadosan government, together with the Iron Company and supported by the member states of the Batavian Confederation set up a 3-step plan for humanitarian intervention. The first would be to establish a quick route of transport both over seas and by air, the second would be to stabilise the San Pedrovian borders, and the third step would be the evacuation of the roughly 300,000 people still residing in San Pedro by the end of 1668. By mid-1669, the mission had entered stage 3, and over 150,000 people have so far been evacuated from San Pedro to Los Liberados. It joined forces with the international coalition known as the Humanitarian Mission in former Caputia.

To protect the mission, and to create a viable route of transportation, both by air and by sea, Los Liberados occupied the city of Corcovado, which became an overseas territory of the nation. Corcovado remains a centre of San Pedrovian culture and heritage.

In 1670, the Corcovado Long-Range Radio Facility was built with support from Kalgachian engineers.