The Storej national football team was the football team which represented the micronation of Storej. It was a member of the WMFA and was the official successor of Burkland, and as such retained its records.

The team was founded in mid-2012 after Storej successfully claimed on Micras by gaining independence from Burkland. Under the name of Burkland, the team competed in the 2012 FMF World Cup qualification rounds, finishing fourth in their five-team group. The Storejian team first competed in the inaugural Senyan School International Tournament later in the year, where they finished fifth with three points. Storej left Micras later in the year. 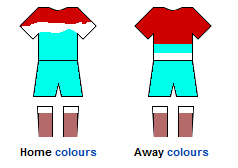 Storej used the following flag during the entirety of its FMF affiliation: