The Supreme People's Republic of Mbasana was a coastal nation on Eura, established after the Euran wars. It is characterised by a tropical climate. The main population of the country was of Northern Euran descent, especially from the region of Kumar, which is regarded as a sacred and mythical place by the Mbasani people. 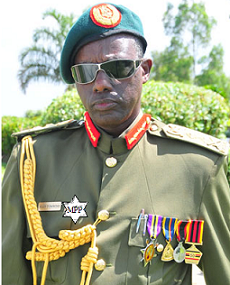 The country was established following the Euran war, when a fight for independence ensued. Since its establishment, the country has been in a perpetual state of civil war, with the currently ruling Mbasana People's Party feuding with the main opposition, the Liberation Front of Mbasana. The country can be characterised as a dictatorship, with full government control exercised by Supreme President Paul Lamola. The Mbasana People's Party rose to power following a coup d'etat that overthrew previous President David Abele.

The country was devastated by predatory raids carried out by Constancia in the aftermath of the Second Euran War and sank even further into an all encompassing poverty from which the only relief came as serving as the entrepôt for illicit goods being smuggled into and out of the Bathani dominated interior of Northern Eura. With each passing year President Lamola would grow more and more dependant upon a clique of Baatharzi merchants to the point where, by 1675, control of the capital had passed into the hands of Bathani clansmen.

Having never achieved widespread international recognition, the independence of Mbasana was snuffed out following its 1698 AN conquest by Constancia during the Third Euran War.

Officially, Mbasana WAs a parliamentary republic, with an executive Supreme President. However, in practice, the Glorious People's Assembly was merely a farce. The unicameral parliament was elected every four years by the Mbasani population. Reports of election fraud and intimidation of voters were common, and it was no surprise that the governing Mbasana People's Party had a supermajority of 587 out of 723 seats. Smaller parties, aside from the Liberation Front of Mbasana, which was banned from participating in elections, were the Communist Party of Mbasana, the Panther Fist Party and the Khanate Party, which represents the Babkhi minority in the nation.

Although the government ruled the country in an autocratic manner, the lack of infrastructure and geographical obstacles ensured that the majority of the population was largely self-governing. The western jungles are largely governed by local drug-trafficking warlords.

The Glorious People's Army, comprised of approximately 20,000 militiamen and a few hundred regulars, benefiting from its experience in fighting alongside Azad Eura during the Second Euran War had been able to reorganise along semi-professional lines, allowing the government to at long last exert some measure of control beyond the outskirts of Laziville, extending along the dirt-track "trunk-roads" to incorporate the significant townships of Busar and Gabuto. The officer corps of the Glorious People's Army has suffered from endemic rank inflation, seeing regiments commanded by generals, brigades by field marshals, divisions by generalissimos, and the army itself by the Supreme Commander Paul Lamola.

The economical situation of Mbasana is dire, with almost half of the population being unemployed and living in slums. Largest employer in the country is the Glorious People's Army, the militia alligned with the MPP. Although Mbasana ranks among the poorest countries on Micras, it is home to large natural resources such as gold, diamonds and oil. However, due to habitual corruption and bad deals with foreign companies, the people of Mbasana do not profit from this. Aside from natural resouces, the country is one of the largest exporters of beer, most commonly Twogo Beer, internet scamming and prostitution. This fact led economic minister Obaj Buro to describe Mbasana's economy as "vibrant, innovative and lassaiz-faire, the dream of every entrepreneur."

Since independence the country has experienced frequent raids by slave traders operating under the banner of the Raspur Khanate, who are ranging far to the west in search of unguarded communities to plunder.

Mbasana is a founder member of Azad Eura, the anti-colonial resistance movement opposed to foreign economic and military domination of the continent.