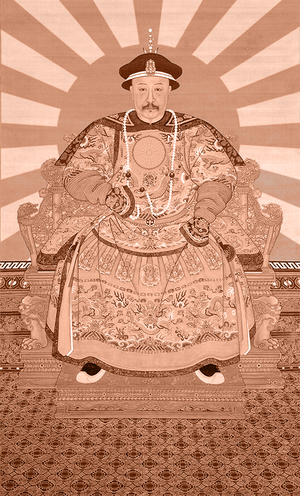 The death of the Sheng Emperor was the direct cause of the Jingdaoese Spring.

The Jingdaoese Spring, or in nationalist sources sometimes referred to as the Backstabbing of the Jingdaoese Soul, was a series of events between 12 Kuspor and 24 Elroqpinu 1645 AN (6391 and 6408 ASC), which occurred after the death of the Sheng Emperor. The Sheng Restoration had led to a severe increase in government debt, while ethnic tensions were at an all time height. At the same time, tensions between Jingdao and its nemesis Shireroth were at an all time height. The Jingdaoese Spring led, for a short while, to a more liberalised and less religious- and Emperor-focused society, but ultimately lacked the support of a majority of the Jingdaoese peoples.

The ascension of the Mingshi Emperor on the Throne, made troubles worse, as the Heavenly Light had made it clear that He was unwilling to rule over a people whom did not want His Divine guidance. So, 12 Kuspor 1645 AN, the administration of Diwang Min Yon was shocked to hear from the Head Steward of the Imperial Palace that the Emperor had left Daocheng Palace and claimed an overseas island. The eastern province Julang (the Empty Steppes) was sold of to foreign Green tribes to fund the personal project, which shocked both the Grand Secretariat and the people.

The crises led in 12 Elroqpinu 1645 AN (6407 ASC) to a take over of power by Yin Ping, who became the new Diwang. He immediately sought to start talks about establishing a personal union with Shireroth. The counter-offer - which implied total subjugation and destruction of Jingdaoese culture - was seen as arrogant and unacceptable, even for Yin Ping whose political career depended on it. The failure resulted in Pings arrest and hanging for high treason when Jung Shun entered the capital with Banner Troops.

Reforms were promised by Jung Shun, who became the new Diwang, and imperial authority was restored. Rebellions and potential traitors were arrested. The reforms would, however, not go through until the Xianfa Constitution was approved.