Hondon Province is is a province in Jingdao. Together with the Zhongji Province, from which it was split in 1700 AN, it's home to most major industrial complexes and the Alashuizamen Sluices. The province houses one of the older cities and towns of modern society, most of which played an important role in stories about the (almost) mythical Empire of Kagayaku. The region thanks its name to the short-lived Empire of Hondon, which was integrated into Jingdao and makes up the eastern part of the province.

In the ancient days, predating the Great Jing, it was home to millions of Apollonteans and ethnic Kildari. In most recent times, the population was heavily pacified.

The city of Xiacheng relies heavily on tourism as more and more heavy industry moved westwards, to cities like Gangdiguo. The shared Alashuizamen Sluices Project is responsible for a large number of jobs. Due to low energy costs in the region, towns like Matsugata, Hayakonai and - especially - Toukotan grew into industrial hubs for the car industry. 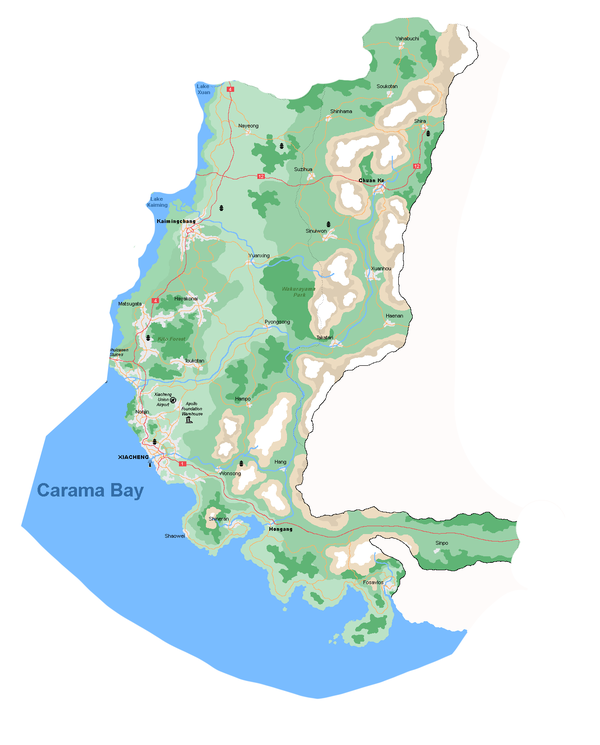