The Froyalanish genocide between 1651 and 1671, which occurred during what is known in Shireroth and the Raspur Pact as the Auspicious Occasion, started in 1651 AN. It was a calculated elimination of Shireroth's Froyalanish population following a controversial colonial campaign by the Storo-Elwynnese elite. In 1670, the Auspicious Occasion (as it was termed in extension) was announced by the imperial government to have been near completed. The population had then been reduced from over 65 million in 1650 to less than a million by 1670.

The elimination was effected by the castration of all Froyalanish men, causing them to be unable to reproduce, the forced servitude in the early days of the genocide to then be exiled in heavy workers' colonies across Shireroth. The government then instituted an organ donation scheme (using Froyalanish bodies, in Shireroth termed volunteers) to help the social rights of the Shirerithian nobility and denizenry. Shirerithian health statistics report consequently that fewer nobles and denizens than ever before died from somatic illnesses largely in thanks to the organ donation.

After Prince Jonathan abdicated the Elwynnese throne to his half-brother Noah, then still a child, the government of Elwynn passed to Noah's father Prince Hallbjörn. Under Prince Hallbjörn's government, a Vanic state was established, in which the Vanic religion was premiered over all others, and a system of royalty and nobility alien to Elwynnese culture was implemented (for example, peerages were granted and Noah was raised from sovereign Prince to King). Furthermore, the government established a large-scale immigration of Storish persons to Elwynn numbering on average one million per year. This had a considerable impact on Elwynnese demographics, infrastructure, education and economy. Once Noah got older, the Vanic grip of the Elwynnese state got firmer. The government established a state cult, in which King Noah would be wedded off to the Goddess Elwynn herself in a heavily sexualized ceremony. The Konungstekja ("royal investiture") was the live-televised (with much detail) investiture ceremony of King Noah upon his coming of age in 1634. The ceremony was an acted out Froyalanish play where Noah was "married" to the "goddess Elwynn". Noah and "Elwynn" then engaged in a ritual bath where Noah suckled her breasts and drank her milk. Thereafter, to the tunes of a choir singing the Ballad of the Bed of Orchids (from where "Plow my vulva!" is a memorable line in the public consciousness), Noah and his bride consummated the "union" before the cameras. During the sexual act, Noah kept sucking the milk out of his "wife". Thereafter, throughout his reign, Noah would engage in this ritual sex with the "goddess Elwynn" actress, not seldom before invited witnesses.

The sexual rites of the state cult continued thereafter. In a decree by King Noah's sister, Lady Fjǫrleif, who ruled as governor over the province of Amokolia, the feudal right of primae noctis was introduced to the Elwynnese nation. The decree granted her and her brother the King the right of sexual intercourse with any newly wed couple before the consummation of the union. Although legally voluntarily, societal pressure made it very difficult for Froyalanish couples not to petition for this "ritual". Other ethnic groups tended to outright refuse such "petition", unless they were intimately connected with the governments of Amokolia or Elwynn. Local feudal lords and ladies enjoyed the same rights over their subjects. Although not institutionalized officially in the rest of Elwynn, it was nonetheless widely practised by the Froyalanish population and wherever a Froyalanish lord or lady held feudal title. A number of lynchings after the Auspicious Occasion were directly traced back to the abuse of this so-called voluntary prerogative by those in positions of authority. There were other sexual rites associated with the regime.

The native Elwynnese people fell little support from Shirerithian authorities in their dispair of what their feudal masters were doing. Their experience was that the Vanic regime was committing a genocide against the Elwynnese nation, by supplanting their native beliefs and customs with one that bastardizes it – thereby making any association with their old histories, folk songs, religion and identity one that would always be tainted by the Vanic narrative of the same. The Church of Elwynn – even if it bravely fought off any attempts to associate it and its theology with the Vanic usurpation of the goddess Elwynn – saw its membership fall. In the Elwynnese consciousness, their nation was dying.

The reasons for the lack of successful intervention were threefold. On one hand, the Elwynnese king had secured a political marriage with Grand Duchess Noor of Goldshire (a native Elwynnese). Lady Noor was after the Oustfest Massacre elected Kaiseress of Shireroth. King Noah therefore became part of the highest echelons of imperial society and untouchable. Secondly, the King's sister had secured the position of Prætor of the Landsraad, thereby controlling the movement of the imperial legislature. And third, the demographic invasion of Vanics into Elwynn was desired by the Elwynnese government, and the autonomy afforded Elwynn at that time made it legally impossible for the imperial government to intervene.

When Kaiseress Noor was murdered by her eldest son Prince Adam, her grandson (and Adam's son) Vidar became kaiser as Kaiser Ayreon IV. As a four-year old, he... TBC

Propaganda from the FNR

On 22 XI 1651 (22 Emtemond) the notables linked to the Imperial House of Stormark were banned by Imperial Decree (number 969). To know:

In addition, all treaties between Shireroth and Stormark were cancelled.

On 28 XIV 1651, an agreement was concluded by Elwynn, Goldshire, Malarboria and Shireroth to establish the Froyalan National Reservation.

The following cities/bailiwicks were also renamed:

In addition to all community servants, all other Froyalaners were deported to an employment colony by Imperial Decree (number 1027).

It was determined by imperial decree (number 1151) that the working colonies were moved to the Froyalan National Reserve. By 1672 AN at the latest, all workers had to be evacuated to these working colonies. 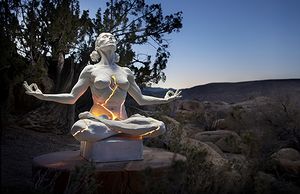 Immediately at the foundation of the Kingdom of Amokolia, the working colonies were closed and the remaining Froyalaners were offered citizenship.

In 1674 AN, the Froyalanish Genocide was officially recognized by West Amokolia. The king unveiled the memorial monument at Noreia Park in Brandenburg and announced that the official commemoration will take place there every year.

On 22 Erntemond is the day of commemoration for the victims of the genocide. This memorial will be officially held for the first time in 1675 AN.

Various states and communities throughout Shireroth and its former dominion celebrate the anniversary of their conquest over their decadent invaders through mock-plays, parades, and thematic drinking games throughout the ninth month of each Norton year.

In the Noreia Park in Brandenburg on 26 Heumond 1674 AN the monument was unveiled by His Majesty Arkadius Frederik Gustavus des Vinandy in memory of the Froyalan Genocide. The monument is called "Valfreyja" in Froyalan, "Freyja of the Slain" in the Common Language.

The monument is a sculpture of a meditating Freya, broken by light because of the crimes against her people.

At the unveiling of the monument, Arkadius Frederik Gustavus des Vinandy, King of Amokolia, gave a speech:

Translation: "Today we are gathered here to see a black side in our history and the history of our continent. Regardless of the history, background, exclusion and annihilation of a population, this must always be rejected. Natural rights can never be questioned. Different population groups, different customs and traditions illustrate the cultural diversity. This diversity must be promoted and not depressed by violence and oppression. All countries on Micras are required to recognize the genocide of the Froyalans.

The surviving perpetrators of the genocide of the Froyalans must justify themselves in court. For this purpose, the Froyalan Tribunal is established and offenders are tracked down. Nobody stays unpunished.

The monument we are revealing today is the image of deep cracks in Freya. She had to watch her people being beaten and wiped out. The freedom was taken to be the freedom of who you are."

The speech was recieved extraordinarily poorly by many other vulture states, particularly for its blatant disregard for the historic causes of the genocide and implied plan to supersede the sovereignty of nations harboring those who participated in its execution. 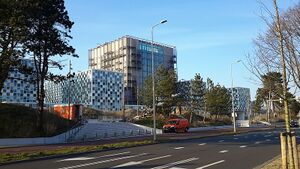 After being recognized by the Kingdom of Amokolia, the current Frankish Empire, the Froyalan Tribunal was established. After the organization was set up and the initial inventory of the extent of the crimes, it became clear that the Froyalan Tribunal had a major job to do. In 1677 AN the government decided to build a special building.

The Treaty of Mittlere Stadt was concluded in 1679 AN, which stipulated that the remaining 166,328 Froyalaners from the countries of the Raspur Pact were transferred to Francia. Mittlere Stadt has been handed over to Elwynn.