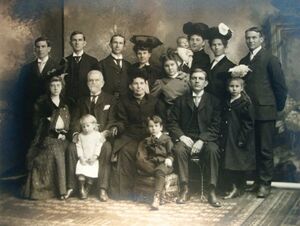 The family bank had shares and information of Velen III, one of the former Akhidia kings. Velen III found out about this and sued the bank; the Langefer family paid a total of 1 Million Akhidian Zendert. The company has information on Prince Edward and Neil I. The company has a total wealth of 54 Million Zendert and their wealth is still increasing. The family has 1 Hotel in Finch city and 2 in Jehaf city, and they have villas.

Many citizens in Akhidia get insurance from this bank. The family is planning to expand to many countries.