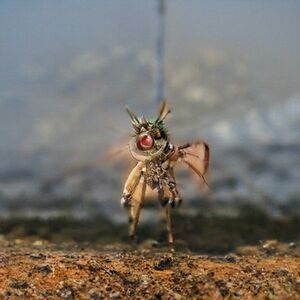 Alel-Hial are regarded as a phenomenal pest in Corum. A single swarm can devastate an entire field of crops in only a few minutes. 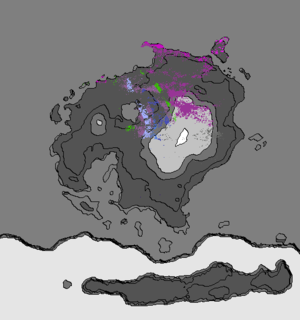 In red, the known range of the Alel-Hial-Eda.

The Alel-Hial-Eda is known to use its two large, feather-like protrusions as camouflage. Farmers in many parts of Northern Corum adopt special precautions to prevent herds of this creature from straying onto their property, for the reason that four or five specimen are capable of destroying acres of otherwise healthy crops.

Found in 7 out of 20 Pallisican cities in Corum, this species is common.