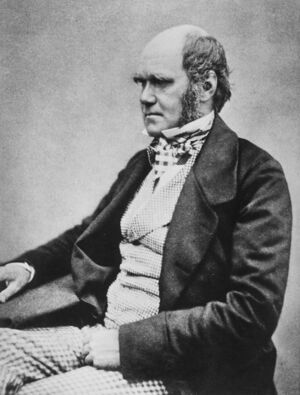 Hank Gecko, circa 1694, when he was finishing his first leaflet on Young Micras Creationism.

Young Micras Creationism is a pseudo-scientific belief that states that Micras and the lifeforms that inhabit it were created in the first year of the Norton calendar. The theory was first championed by Hank Gecko, who claims to have been awarded a PhD by the Saint Richard Academy in Tiegang, International Mandate. However, an institute of this name is not known in academic circles, and the School of the High Inquisitor of Tiegang claims that Mr. Gecko was a poor student who dropped out before finishing his education. After dropping out, Mr. Gecko is known to have worked at Razfreight as a driver until he was involved in an accident involving dangerous goods of an undisclosed nature. After formulating his theories, Mr. Gecko shared them with fellow customers of the Blackfriars' Redux, always carrying a few dog-eared leaflets with him. Some of these visitors brought these leaflets home to their respective native countries, where Mr. Gecko did not have a reputation, and the theories were more seriously studied. As of 1699 there are Young Micras Creationist societies in Arbor, Jingdao, Shireroth, Sanama and the Thraci Confederation. An attempt at founding a society in Elwynn fell afoul of the N&H National Sector Party for that nation, which had its own theory of Micras' origins and the institutional influence to ensure that advocates of the "young Micras hypothesis" were subjected to stringent persecution, whilst in Senya, the ideology was declared unscientific and banned entirely. Young Micras Creationism is an important belief within the Nazarene Congregations in Calbion.