Zhongji is a province in Jingdao. It's the most heavily populated province of the country, easily overtaking the capital itself. It's home to most major industrial complexes and the Alashuizamen Sluices. The former Kildarian cities have, through time, mostly been transformed into purely Jing cities. The thousands of landmarks are left as silent witnesses to the region's diverse past. Heliopolis, for example, became a huge metropolis under the name Gangdiguo, having overtaken what was once known as the most important city of Shireroth: Apollo City (current-day Xiacheng). 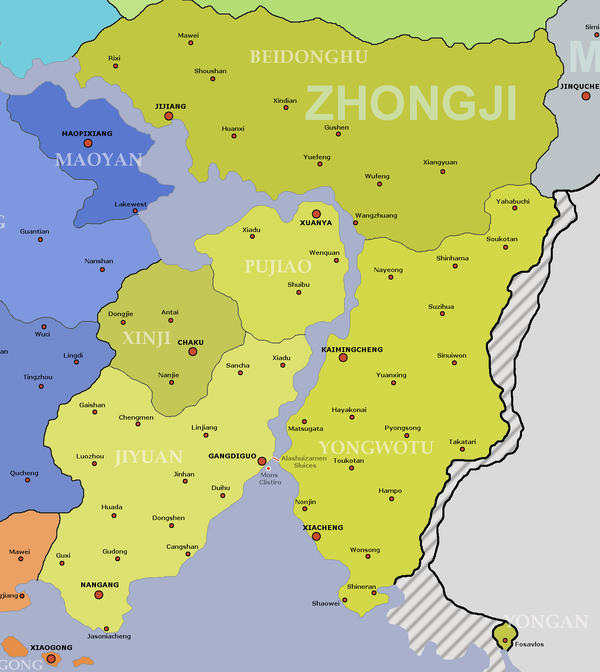 A detailed map of the province and its districts.
Retrieved from "https://micras.org/wiki/index.php?title=Zhongji&oldid=144433"
Categories: