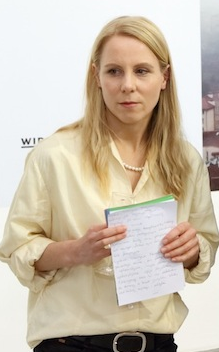 Ystëna Denisenka is a Senyan politician who currently serves as the Prime Minister of Senya. She is the current forum leader of the Centrist Party of Senya in the National Democratic Forum.

Ystëna Denisenka was born on 1976 in Svorgas. Brought up in a Senyan speaking community, she attended the University of Senya, where she graduated from in 1999 with a degree in Politics and International Relations. After a short period of time working for a newspaper in Svorgas, she joined the Liberal Party in 2001 and was elected as a NDF member in 2012. She was elected leader of the Liberal Party in 2015, and became the Prime Minister of Senya in 2016 following her election.