The Xhusor War was a conflict which took place in the self-proclaimed country of Xhusor. It started after attacks from the XLA who destroyed government buildings in the region and hacked several government data, and then eventually unilaterally declaring independence breaking the Constitution. The war was fought by several nations. The Florian Republic alongside its allies of Coria and the USSO were fighting the terrorist organisation the Xhusor Liberation Army and its supporters, who wanted the region of Xhusor to be independent.

Timeline of the war 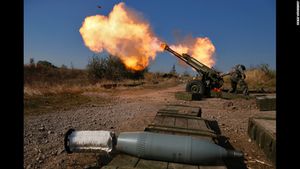 Fighting near the Xhusor Border 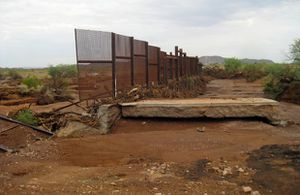 Damage on the Xhusor Border wall