From MicrasWiki
(Redirected from XLA)
Jump to navigationJump to search 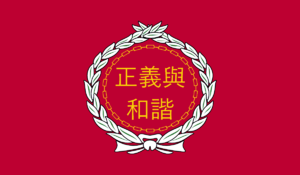 The Xhusor Liberation Army (XLA) is a large terrorist organisation located in the cultural region of Xhusor, western Florian Republic. Which desires the separation of the region from the Florian Republic. Its leader is its founder, Zhu Cheng. The XLA is famous for the mass hacking of government computer systems which occurred on 13.VII.1650 AN. Also on that day they illegally blocked any access into the region disrupting trade with neighbours Jingdao. They also took over government buildings in the region and has threatened to declare war on the government. After these attacks, the organisation was designated as a terrorist organisation. The XLA currently comprises of 43,685 supporters who have been enduring exile in the Florian Free State since the War of Lost Brothers. The XLA also shelters amongst its ranks members of the Xianfa Loyalists Battalion of the Nokarodo Faction, whose commitment to a free and democratic Apollonia places them at odds with the ruling dynasty in Daocheng and necessitates their exile. 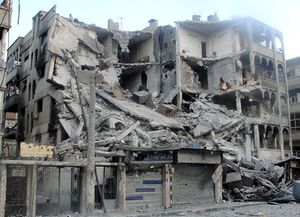 A building destroyed by the XLA
Retrieved from "https://micras.org/wiki/index.php?title=Xhusor_Liberation_Army&oldid=134141"
Category: