The team was founded in 2014 after Vyktory's Micrasian claim was successful. In their first qualifiers the following year, the team finished second in their five-team group with 18 points and advanced to the interconfederational play-off against Flanders, where they lost on the away goals rule after a 3–3 aggregate draw. Later in the year, Vyktory co-founded the Kospai-Drag0n Shield and competed in the inaugural edition, where they lost to Safiria 6–1 on aggregate, before hosting and winning the first edition of the Galatian Cup soon afterwards.

The qualifying rounds for CiboTap 2016 saw Vyktory win their five-team group unbeaten with 22 points to qualify for the finals, where they won one game to finish third in their group and fail to advance. Shortly afterwards, the team competed in the second Galatian Cup, finishing in second.

An unbeaten Vyktory finished top of their four-team group in the 2017 FMF World Cup qualification rounds with 16 points and advanced to their first World Cup finals. In the finals, the team finished second in their group with ten points, behind Alexandria on goal difference, to advance to the play-off round, where they beat Lakkvia 2–0 before being narrowly defeated by Mercury 2–1 in the quarter-finals. Later in the year, the team competed in the inaugural Devon Shield, where they finished as runners-up after losing on penalties to Hoenn in the grand final.

The team competed in the 2018 CiboTap Championships qualification rounds, where they topped their four-team group with 15 points to qualify for the finals. Shortly afterwards, Vyktory was annexed by the Galactic Wyrm Assembly and maintained its separate FMF membership. At CiboTap 2018, the team advanced from their four-team group with five points after a poor start before overcoming Natopia 3–2 after extra time in the semi-finals, but lost on penalties to Birgeshir in the final to finish as runners-up. Later in the year, Vyktory beat the Galactic Wyrm Assembly 4–0 on aggregate to win the inaugural Jarlu Makira Trophy after co-founding the competition. Shortly afterwards, Vyktory, as part of the Galactic Wyrm Assembly, left Micras. 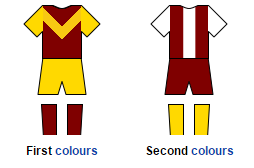 Vyktory used the following flag during the entirety of its FMF affiliation: