Difference between revisions of "The Micras Chessboard" 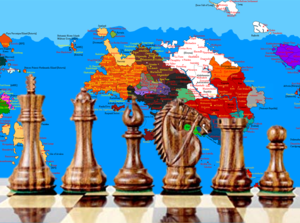 The Micras Chessboard is a story series by Gustaaf Vermeylen (who played characters such as Arkadius Frederik Gustavus des Vinandy and Clara Sundara). The story series started with a follow-up story to "Arkadius and Clara: A Royal Love Story". The intention is to describe a geostrategic game on Micras.

Previously the story series was published here, but nowadays on the forum of Arbor. Introductions are posted here:

A clock strikes ten times, while a fire crackles unabated. A newlywed couple sits opposite each other at a table. On the table is a chessboard, on which the pieces are already in various places on the board. The woman at the table plays with a curled lock of hair, while she visibly thinks and looks at the chessboard. The man is sitting back, waiting for the next move.

‘It wasn't as quiet as it is now,‘ the man thinks. ‘Although his own country has risen from the dust. The country had disappeared from the map for almost half a century and almost a century before another Vinandy was on the throne. The first decade of the new Batavia was already turbulent. The uncertainty to regain the old territory, the stability of a new state and what position does the country have among the other countries?’

Chapter 2: Coronation of a king

The king of Batavia crossed the border by train. Arriving at the new city under construction, the train stopped at Hauptbahnhof Peterplatz. The king and his queen consort were driven to the cathedral in a convertible. Along the route the Amokolians stood in large numbers, cheering and happy that they are independent again.

Chapter 3: Spy on the Orient Express 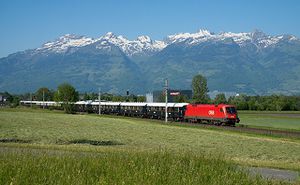 The Orient Express near Austrasian Mountains

As a newlywed couple, James and Emma Tazelaar were on their Honeymoon on the Orient Express. The train journey from 's Koningenwaarde to Shirekeep would take a few days and that is why it is common for the passengers to get to know each other. One of the fellow passengers on the train was Jaap van Pijpervale. During the first stages of the journey, it clicked between James and Jaap. Their shared preference for cigars and whiskey was the basis for this.

Chapter 4: Meeting on the bridge 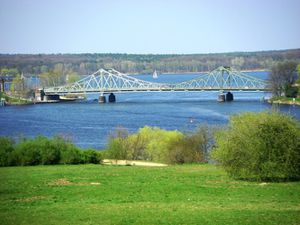 Since its arrival in ‘s Koningenwaarde, Arkadius has been moved by the history of all residents in what is now Amokolia and Batavia. Shocked and upset, he learned the history of the Froyalaners. He continued to study this and was deeply saddened by what happened. 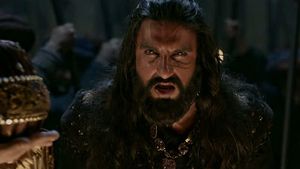 Under the cover of darkness, the team landed on the island of Naudia'Diva. For months there was a cat and mouse game going on with the pirates around the Florencia Isles. The political spider web was not helpful in resolving the problem. The Black Legions occupied the southern part of the island of Naudia'Diva, while the Tassity Mansabdar occupied the northern part. The pirates conveniently manoeuvre between the different occupation zones, because the occupation forces do not cooperate with each other to combat piracy. In fact, the Black Legions seem to be doing nothing against piracy.

Cheering rose from the field, around lay corpses, wounded, and others cheering. Nearby was a cheering soldier with an eagle flag fluttering. The soldiers all look at him, cheering over the apparent victory. "Your Majesty," said an officer, "congratulations on your victory! The city is within your reach.” He looked south-east, where that city lay. That city is the crown jewel, the main prize. 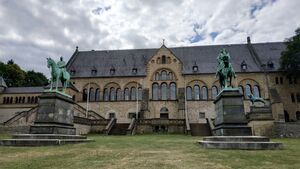 It was to be expected that it would come to a conflict. Everyone knew, but that the first shot would come from Elwynn, that was unexpected. Despite the threat, everyone tries to continue as normal as possible. And yet today it was different than usual. The elections for a new Reichstag should be in full swing, but most posters have disappeared from the streets. In recent weeks there have been many protest marches from the "Frank und Frei" movement, but there are also no protest marches today. 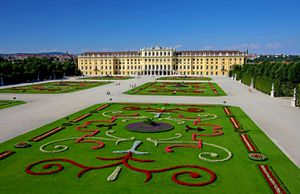 The gardens of Blanckenhof Palace

A woman walks away from the building. A suitcase after her, the door of a waiting car is kept open. She gets in, the driver puts the suitcase in the trunk. The woman looks down compulsively, not at the building. Behind one of the many windows of the building is a man. A straight face, angry and sad. When the car starts to move, the man bursts into tears. He screams. The three-month-old baby in his arms starts to scream. The girl next to the man cries and shouts "mommy!" The two-year-old boy looks up from his play with the wooden train, he does not understand what happens. Why are daddy and his sister crying? The man falls to his knees, embraces the girl with his three-month-old son. The two-year-old boy shuffles closer, the father invites him in, and the four of them cry. His wife has left. Their mother has left them. How could she even leave their three-month-old son? What does she expect to achieve? 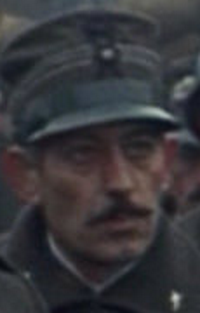 The residence of the Szodan is the paradise of paradises. The heavily protected complex consists of a labyrinth of buildings, interrupted by lush gardens. There are even buildings where the mystery is so great that only a few people know what happens there. The wildest rumours are going around. The most separated part of the complex is protected with a special electromagnetic dome, to block even satellite images. The deepest secrets of the Szodan would be hidden there.

Chapter 10: On the way to truth

Not long after his release from Raspur area, he had recovered a bit. Enough to appear for his liberator. Enough to meet the Kaiser of Francia. In a convoy of black cars, he was driven through the streets of Brandenburg, looking out in awe. Brandenburg, a new city, but so full of character. He was very impressed with Hofburg Palace, the work palace of Kaiser. There he was escorted to the Kaiser's office. 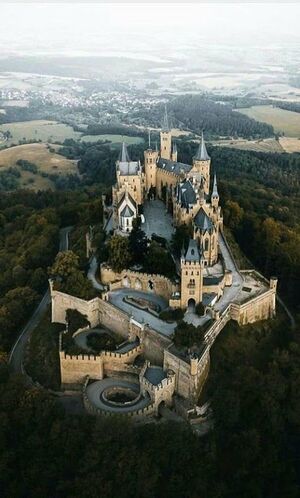 Almost seven years after the encounter on the bridge, the Kaiser is standing at the same bridge again. This time not alone, around him are all the notables of Francia. Many flag bearers with the Frankish flag colour the company in Amokolian red. An army commander receives an approving nod from Kaiser, after which he commands orders. The flag bearers are in the position, the music corps is ready. The wait is to beat the clock. The ceremony starts exactly at noon in the afternoon.

"What's on your mind, my dear?", the Kaiser heard his wife ask. He didn't respond, because his thoughts kept him busy. It was only when her question finally came to him that he saw her questioning eyes. Still, he couldn't say a word. "Is it too much?", she continued. The Kaiser didn't really have to say much, his wife sometimes understood him better than he understood himself. The Kaiser sighed.

Full of disbelief, the Kaiser and the Kaiserin showed that their wish to attend the funeral of the late Kaiser Ayreon IV was not granted. The panic-stricken reaction of the Livist nations led to a refusal. Even an apolitical commemoration of the deceased Kaiser was not possible. Deeply disappointed, the Kaiser and Kaiserin remained in Brandenburg.

Chapter 14: After the winter comes spring

A classified file was in front of him, the title was "Winter is coming". The Kaiser hesitated to read the file, because the broad outlines had already been set out in the short briefing. Would the Amokolians betray him? Would their desire to unite with the Amokolians in Elwynn go so far that they would reject their Kaiser? That seemed so unlikely to him. The Kaiserin-Gemahlin entered the office room and saw the Kaiser sigh. She was worried about her husband. He was so busy. The formation of the Franco-Batavian Empire hadn't reduced the workload.