Svorgas International Airport is an airport located 21 miles north-east of Svorgas, Senya. It is the busiest airport in Senya, handling over 16 million passangers every year. Due to its central location in Western Apollonia, the airport handles many passengers who make change flights at the airport, in addition to those visiting/leaving Senya. The airport is a hub for the Senyan flag carrying airline, Air Senya, and is a focus city for the Storish airline Loftleiðir.

Terminal 1 was in operation at Svorgas International Airport, constructed in 2012. The Terminal building is reachable via a rapid train to Svorgas, whilst a light railway operates within it. There is a check-in area and security located here, after which passengers wait for their flight's gates to open in the departure's lounge, where they are surrounded by a duty-free area, with its own restaurants and bookshops, with food and literature from across Micras available. After this, passengers make their way to the light transit railway (Senyan: Ralya Tranzen lit). The light rail stops at the Terminal, Gates 1–20 (Zone A), Gates 21–40 (Zone B), and Gates 41–60 (Zone C). Passengers on private planes get off at Zone C and proceed to Zone D (Gates 61–75) on a special bus. After this, passengers wait for boarding, and once their plane starts boarding, they go on them. Zones A and B have jetways to the plane's main door, whilst at Zone C passengers must walk to the planes and up onto them via mobile stairs (lifts available for disabled passengers). Arriving at Terminal 1 is straight forwards, with passengers leaving their planes and onto shuttle busses, which take them to the arrivals sector, where there are eight passport zones; three for Senyan citizens and five for foreign visitors. After clearing passport control, passengers collect their luggage, from which they can either go to the railway station, go outside of the airport to the bus station and car collection, or alternatively go back to departures to make a connecting flight. Since the opening of Terminal 2, the terminal used exclusively by Senyan airlines and their subsidiaries.

Terminal 2, which was opened on 3 June 2017, doubled the capacity of the airport. Used for non-Senyan airlines, it contains a business lounge for the Storish airline Loftleiðir, a variety of shops and cafés, and 35 departure gates. There is a light rail line connecting Terminal 1 and Terminal 2.

Terminal 3 opened on 13 December 2017 and is for the exclusive use of airships. The terminal is currently only used by passengers of Ryker Airships, with the initial destinations being Shirekeep, Eliria and Mesior.

The Airport has two runways. Runway 13/31 was constructed as part of the original airport in 2012 and can accommodate jumbo jets. A second runway, 9/27 was opened in 2013 to accommodate wide aircraft, which now means that all types of aircraft can land at the airport.

Svorgas International Airport has its own ambulance service, which contains a special Hospital on the grounds of the airport with 1,000 beds, in case of accidents or emergencies, and has 100 doctors and 2,500 nurses employed. The Svorgas International Airport Ambulance Service provides rapid access to this hospital, with use of 8 Mercedes-Benz Sprinter ambulances which can access the runways, 10 Honda ST1300P motorbike ambulances for in-terminal use, and two Eurocopter EC145 helicopters, which can be used to get patients from plane crashes outside of the area. These helicopters have their own helipad located 150 metres from the hospital.

In addition to this, all airport staff, with the exception of janitors and toilet cleaners, have first aid training every three months and are allowed to give first aid on site. 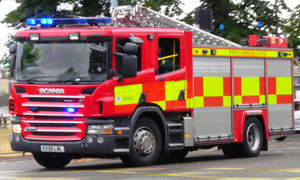 Svorgas International Airport operates 10 Scania BENO Fire Trucks for outside use. There is also a massive water spray that draws water from a local resevoir that can be used to put out a burning plane or building. The Airport Terminal has a fire extinguisher placed every 25m2 in line with Senyan fire safety laws, and the terminal has a strict no-smoking policy, which is punishable by a fine of upto 50,000 (Cr 5,000).

Fire trucks are required to be serviced every month and Svorgas Fire Department can lend a few vehicles for a major fire. The Airport Fire Trucks have their own parking shed.

Svorgas International Airport employs 125 policemen that can catch criminals trying to escape Senya, and stop assaults and other crimes in the airport. Though this is done via security guards in the departures lounge, and the Police Force are strictly forbidden from entering departures.

The airport currently destinations across 22 countries in Micras.

Svorgas International Airport railway station is an on-site railway station which allows air travelers direct access to the city. The Station is located at level −3 of Terminal 1, and there is a lift to access the ground floor, where the check-in area is. The station is the northern terminus of the Svorgas Airport Express, a two stop route between the city centre and the airport, only calling at Northend and Scitenhima-Stad, the former being a suburb in the north of svorgas and the latter being a more central station on the doorstep to the Scitenhima-Stad Svorgas, the home of Svorgas Scitenhima FK, which allows quick access to the stadium for visiting fans. Access to Svorgas' other two major stadiums, The Snakepit and the Svorgas FC Stadium are available via buses from the city centre.
Trains depart every 10 minutes.

There are three small inter-terminal transit train that connects all three terminals. Two networks (one in Terminal 1 and one in Terminal 2) are located beyond passport control that takes passangers from the departures lounge to their gates, whilst a third transit system operates between the departure lounges and the arrival halls, allowing passangers to make connecting flights more easily. Terminals 1 and 2 are served by their own stations on the Svorgas Metro, with passengers requiring onward travel to Terminal 3 connecting at Terminal 2 with a bus.