The city was built on what was a coastal swamp, but a few settleers started the villages of Slavonskigrad and Novi Vincennes in it's place to prospect for minerals. As the city grew, it was renamed to its Slavograd. Recently, a renowned port has opened up in the city, bringing business, trade, and employment opportunities to the people of the city.

The easiest way of getting into Slavograd is by road and boat. While a tram system is in the works, a large scale bus system is available for any who want a cheap and easy way to navigate around the city. 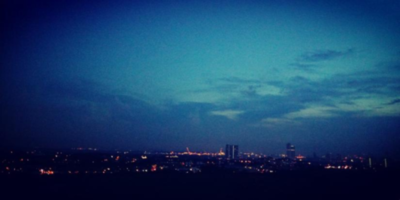 View of the city's skyline at dusk

The Waterfront is one of the most popular spots in the city. Tours are available every day and night granted that the weather is suitable for boating.

The Memorial is for those who have been killed in action in conflicts such as The War of Lost Brothers.

Take a trip back to the olden days when a wall was required for protection against raiders and nature! Situated along the inner parts of the city, it is a marvel to see (as long as you don't go to the parts of the wall that have perished).