Qianjin is a province in Jingdao. It's known by the Dalmacijans as South Dalmacija and most famous for its large gold deposits. In ancient Kildarian times, it formed the Thanedom of Dalmacija with the area which is now known as the province of Bangou. Qianjin was the largest provider of metals like gold, while Carol's Island held large amounts of uranium.

Nowadays, it houses some of the more important mining companies, like Sokoku Industries, and is responsible for a large share of the nations' resources. 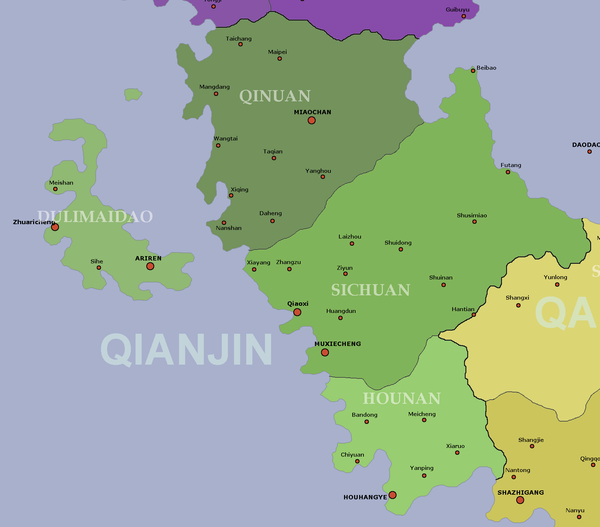 A detailed map of the province and its districts.
Retrieved from "https://micras.org/wiki/index.php?title=Qianjin&oldid=144428"
Categories: