During the Second Republic Sanama was divided into nine provinces, replacing the previous 69 cantons as the top level subdivision. They were further subdivided into regional government units, with different names in the different provinces. Highpass, the Sanaman Antarctic Territory and the Federal Capital Territory were outside the provinces and governed directly at the federal level. The reform from 69 federated cantons to nine federated provinces was carried out with the passage of the Second Republic constitution, and came into force on 12.X.1679. This organisation was superseded by the Constitution of 1687. 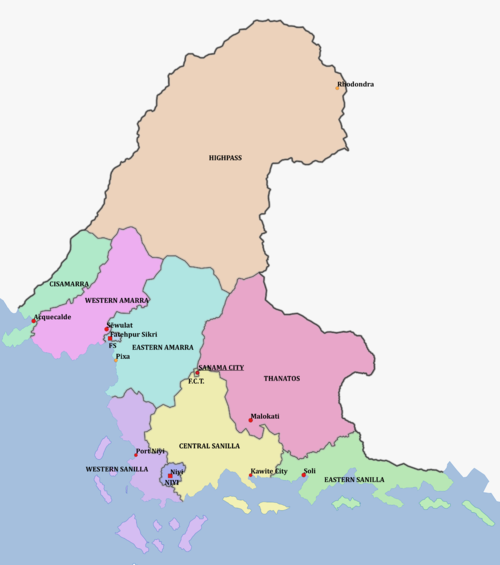