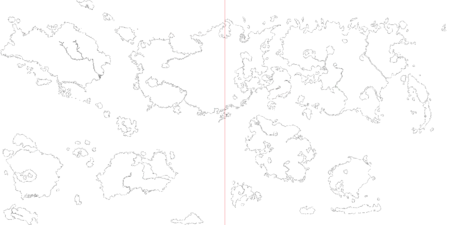 On Micras, starting at the north pole and heading south to the south pole, the prime meridian (according to claimsmap 17.0.2) passes through: