The team existed twice in the FMF's history; firstly between the organisation's foundation and 2008 as an independent nation and an autonomous territory of Riponia, and secondly between mid-2008 and mid-2021 as an autonomous region of Mercury and again independently. The team was traditionally seen as one of the stronger national sides on Micras, having appeared in eight FMF World Cups, reaching the final in 2009.

In the 2021 FMF World Cup qualification rounds, the team finished third in their five-team group with 15 points, behind Nova English Korea based on head-to-head record. Nova England left Micras again later in the year. 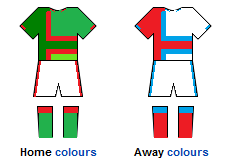 Nova England used the following flag during both of its FMF affiliations: