The 1673 elections were the first elections to be held in the newly established State of Northern Klaasiya. Both Houses were entirely up for election, which also makes it the only time in the state's history where all 60 members of the House of Representatives stood for election at the same time. 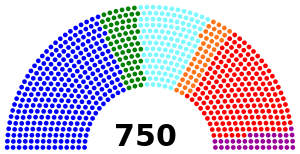 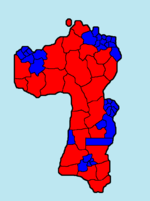 After the first term of the newly established State of Northern Klaasiya, the elections in 1675 were held to elect all 750 members of the House of Deputies and the 1st Class districts of the House of Representatives. The campaign was mainly characterised by the dominant Democratic Party's success in organising the business of governing, following the transition from direct Royal rule to democratic government. The election results were generally seen a success for the governing Democratic Party, which continued its trifecta in office with increased representation in both Houses. 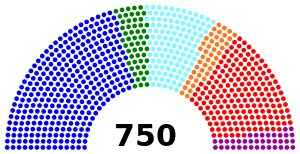 The 1677 legislative elections in Northern Klaasiya were held on 19 Novaber and 22 Novaber to elect members of the 3rd House of Deputies and the 3rd House of Representatives, respectively. The elections were held in the context of four continued years in which the Democratic Party controlled the Governorship, a majority in the House of Representatives, and was by far the largest party in the House of Deputies. Between 1675 and 1677, the party enacted only one Act and had failed to resolve the political status of the Princely Isle, which under the Confederate States Constitution was entitled to autonomous government. Against this background, the opposition Republican party won the greatest number of seats in the proportionally and entirely elected House of Deputies on 19 Novaber. Despite failing to overturn a solid Democratic majority in the House of Representatives, where only a third of members were up for election, by its performance in this cycle the Republican party became part of the first divided government in the history of the State. 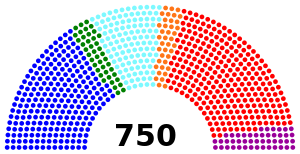 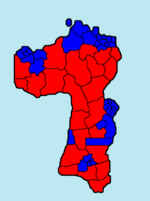