Northcliff United, is a Florian professional football club based in Northcliff. Founded in 2017, the club has traditionally worn red and black kits. Northcliff United play their home matches at Farrar International Stadium. The club play in the highest level of Florian football,Super League Football.

The Northcliff club established itself as a major force in the Confederate States of Floria, and one of the major forces globally since 2019. Northcliff United have won a total of ten titles, nine of which are domestic, making it the most successful Florian club in history by this measure. United have also never been relegated and is one of the most widely supported teams on Micras.

Domestically, the Reds have won a record 3 top-flight titles, a record four Florian Super Cups, one Florian League Cup, and a record two Florian Cup titles. In Apollonian football, they have won the AEFA Champions' League, most recently in 2020, and reach the semi finals of the AEFA Cup in recent years. United have long-standing rivalries with Dragonmoor FC and Northcliff City. Matchups between both teams are considered one of the most violent in the sport.

The private shareholding organisation, Farrar International has been the club's owner since 2019 and because of this, the club is one of the wealthiest in the world.

Northcliff United was formed in 2017 after the Confederate States of Floria's Micrasian bid was accepted. It came second in the inaugural Florian Premier League season, therefore qualifying for the AEFA Cup. On July 15th, 2017, the team was moved to the southern town of Oldhaven due to the Xhusor War. After the war, it returned to Northcliff, however, it was forced to play in its reserve team's stadium after the main stadium was heavily damaged. On the 29th August, it eventually returned after renovations were completed. From the 2018–19 Super League Football season, the team will move out of Northcliff Arena whilst it is being demolished and reconstructed. The team played selected home matches at Northcliff Stadium, the largest stadium on Micras. On the 16th August 2018, Northcliff United appointed former Senya boss, Draco Sanchez after Josh Harper's contract ended. On the 9th March, Northcliff United won the inaugural Super League Football season after a record-breaking thirty game winning streak. In the same season, United in its first-ever AEFA Champions' League campaign reached the semi-finals only to be agonisingly knocked out by an injury-time goal by Plava Zvezda Grendbej. On May 18th 2019, the club won their first-ever Florian Cup after beating Dragonmoor FC 3-2 after extra-time in the what is regarded as the most thrilling cup final in Florian history.

United won the 2019 Florian Super Cup against Ostville Wednesday after a Cristiano Ramirez penalty in the 60th minute of the match awarded by VAR. On the 13th December 2019, United won the Florian League Cup for the first time beating Birmingham United 1-0 on a wet night in Sports City. After their victory, they became the first Florian team to win every major domestic competition. United became the first team to win Super League Football back to back, winning the 2019-20 season ten points clear of nearest challengers Blackoak City. On the 12th May 2020, Northcliff United finally broke their Apollonian curse and won the AEFA Champions' League winning 9–8 on penalties in the final after a 0–0 draw against Urzi Magalatska FK. Following the win, the team became the first Florian team to win a Apollonian title.

Since foundation, Northcliff United have represented the western area of Northcliff. As a result, red, white and black have been the traditional colours of the club.

Northcliff United is the most popular football club in the Confederate States of Floria ahead of biggest rivals, Dragonmoor FC and is one of the most popular teams internationally. Many of the club's supporters groups are or have been linked to football hooliganism and these supporters play a huge part in Floria's national ultras group, the Red Army. The main supporters/ultras group of Northcliff United is called The Cliff which stand behind the players tunnel chanting songs, waving flags and banging drums throughout the game.

Northcliff United's two biggest rivals are Dragonmoor FC and Northcliff City. Clashes between both of teams attract much publicity and both are very violent. Security for these matches are extremely high however incidents such as pitch invasions and throwing flares onto the pitch still regularly happen.

Currently, Tick, DrinX and Farrar International, who owns the football club, are the main sponsors of Northcliff United. The club also has official partners such as Titan Automotives, Hook Solutions and FLO Railways.

Gopnikas, was the club's kit supplier from its formation until the end of the 2018-19 season, however, due to political tensions between Krasnocoria and Floria, the club decided to switch to a domestic supplier. Northcliff United's first sponsor was Titan Automotives however the sponsorship deal ended after Farrar International bought the club in March 2019. Titan Automotives remains an official partner of the club.

Northcliff United's current shirt sponsor is DrinX, a leading soft drink manufacturer in Floria. The club and DrinX have been partners since the start of the 2020–21 season. 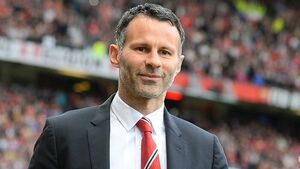