The team was founded in mid-2015 after Nolland's Micrasian claim was successful. Later in the year, the team competed in the inaugural Galatian Cup, where they finished last out of three entrants.

The qualifying rounds for CiboTap 2016 saw the team finish third in their five-team group with 13 points. Later in the year, the team competed in the second Galatian Cup as hosts, again finishing third. Soon afterwards, Nolland left Micras. 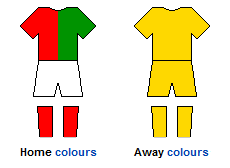 Nolland used the following flags during its FMF affiliation: