Difference between revisions of "Noctic-Rabrev" 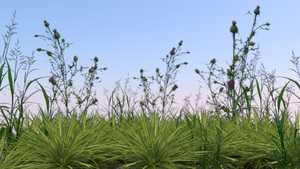 Despite the effective illegality of Noctic-Rabrev in the Bassarids, it was widely speculated that the Bassarid Empress Díapaza Bréidle suffered from a severe Noctic-Rabrev addiction, and potentially even from Noctic Vampirism itself. These rumors were substantially re-enforced by her overt ties to the Maritime Guild of the Cult of Maskmakers, a Bassarid cult who practice a form of dark magic purportedly handed down to mankind by Tar, the supreme god of the Alperkin religion.