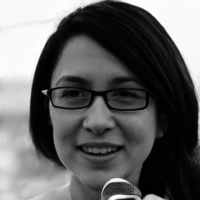 Mengkul: a popular and engaging media performer used to demonstrate the advantages of cooperation with the Imperial State.

Mengkul (born Meng Prattaya), Kul of the Permanent Standing Committee, and Chairwoman of the Prattaya Engineering Solutions company. Her father was crushed to death by a Euran Pachyderm during the 1670 Anti-USSO Pogrom (25.XIV.1670) instigated by the Permanent Standing Committee against disloyal, anti-state, and suspected foreign elements. Forced to witness the spectacle of the execution, Meng was passed around amongst the Home Guard Brigade in Aqaba for three days until a detachment of Imperial Guardsmen arrived from Astérapolis to retrieve her. After a day of debriefing by Political Officers from Trans-Euran Command, Meng was summoned to a hearing convened by the Committee on Veterans and Homeland Security to give an account of the events which had unfolded in Aqaba. Under the full glare of the cameras of the national and allied media & press corps Meng made a full and free confession of her father's culpability in being an agent of the Tegong, going on to name several members of the leftist EKS and FKF as his contacts within the Imperial Synklētos. She went on to relate how Tegong cooperation with the forces of Azad Eura, Iteru, and the New Zimian War League had resulted in numerous reverses and setbacks during the Second Euran War, including the disasters which had befallen Vey and seen the majority of the Constancian population forced to flee their own homes. In conclusion she begged for the forgiveness of the Committee and the nation for her father's uncountable crimes and offered her life in recompense.

The members of the Committee, wise and merciful, after a period of deliberation concluded that her sufferings had already been sufficient to excuse her from any further retribution or the payment of the ultimate mortal penalty. Instead, as a sign of good faith, ownership of her father's company would be returned to her. So moved by this news was Meng that she voluntarily, during a live broadcast from the Synklētos, made an amicable grant of the entire family fortune to the Imperial Government, and pledged herself in loyal service to the Permanent Standing Committee. The committee members, witnessing this, were moved to applaud, many pausing to dab back tears as they did so, and bestowed upon her the honoured appellation of "kul" - the first Constancian citizen thus rewarded.

Mengkul has since become the public face of the surviving "ex-Jing", the dwindling band of Prisoners of War and their new families left over from the Euran War, who make frequent media appearances expressing gratitude for the liberation of their community from the Tegong sleepers in their midst.

She enjoys the protective companionship of an eight-man ESB security detail and the advice of a specially assigned Political Officer from the General Service Corps.

There are those who maintain that Mengkul's confession was obtained entirely under duress, that the accusations levelled against her father were a power-play by the General Service Corps to obtain control of yet another company whose services would be useful for their own projects, and that the bankrupt Permanent Standing Committee was convinced to participate in this charade for the purposes of extorting money from the daughter to buy back her father's illegally confiscated company. The people who make these malicious, outrageous, and transparently fraudulent claims are being identified and detained for re-education, a process which is ever ongoing.

She was permitted to quietly retire to Ransenar, under the surveillance and protection of ESB-Jagdverbände.