Lesbian, gay, bisexual, intersexual, queer and transsexual rights in Los Liberados are restricted. The constitution explicitly defines marriage as a voluntarily concerted union of a man and a woman with legal capacity to it, with the purpose to make a life together. As such, same-sex marriage is not possible in the Republic. 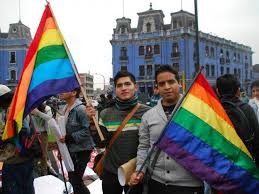 Liberadosan law does not grant any specific provisions against discrimination of LBGT+ citizens. The expression of sexuality is however usually accepted to be part of the general freedom of expression provisions of the constitution.

Although the legal attitude of Los Liberados towards LGBT rights may be considered traditional, the republic nonetheless has an active alternative scene. The gay bars of Puerto Arcadio attract tourists from all over Micras. An annual gay pride parade, although small, is also held in several of Los Liberados' largest cities.

In practice, the Liberadosan LGBT community can go around without much difficulty, but the state has the constitutional duty do uphold the traditional family. As such, sexual education at Liberadosan schools is taught from a traditional perspective, with homosexuality explained as a "deviation". Non-heterosexual marriages conducted outside Los Liberados are never recognised. Los Liberados has a strong policy of advancing the "natural family", as such children of homosexual couples may be taken under state custody.

The issue of LGBT rights is considered divisive in Liberadosan politics. Cambio Democratico leader Paula Ferraro has expressed the desire to make some legal changes, and introduce legislation to recognise civil partnership for gay people. All other parties in the Asamblea Nacional oppose liberalisation of this kind.