The team was founded in early 2018 after Kasterburg's Micrasian claim was successful. Kasterburg became a constituent nation of the Batavian Confederation in 2019, during the year's qualifiers, where the team finished fourth in their five-team group with eleven points, before becoming an autonomous region of Batavia later in the year.

In early 2020, during the year's qualifiers, Kasterburg once again became independent before being annexed by Gran Verionia shortly afterwards. In the qualifiers themselves, the team finished second in their four-team group unbeaten with twelve points to advance to the play-offs, where they overcame Merenolitovina on penalties to advance to a first ever finals. In mid-2020, ahead of the Benacia Cup, Kasterburg was again annexed by Batavia following a short period as a constituent nation of the United Benacian Republic under the name of Lower Batavia. In the Benacia Cup finals, the team finished third in their group with three points. Kasterburg's autonomy was decreased later in the year and the national team was integrated into the Batavian side. 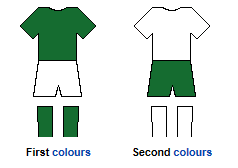 Kasterburg used the following flag during the entirety of its FMF affiliation: