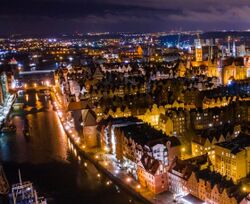 Küfara (or Kufara in English) is the capital of the Holy Kingdom of Nordia. It was founded in 1690 AN following the unification of Nordia and founding of the kingdom.

While not officially becoming a city until 1690 AN, Küfara has been a functioning settlement and homeland to the Nords since the beginning of recorded history.

Prior to Nord unification, what is now Küfara was then a small island settlement home to some 3,000 ethnic Nords. These Nords are believed to have come from the mainland sometime in the 11th-13th centuries, though some archaeological evidence points to them having lived on the island for hundreds of years prior to that. Once settled on the island, Küfara was founded, first unofficially as a small settler camp, then later as a township in its own right.

Following expansion by the Nords back into the mainland, Küfara gradually grew in size as the new peoples which came under Nord dominionship began to immigrate to the city in mass. This, large migration also coincided with a sharp spike in birthrates which together laid the foundations for Küfara's rise as one of the region's most dominant cities. 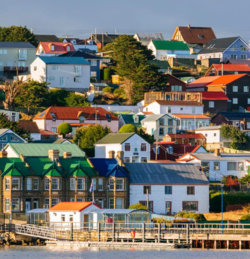 This growth did not go unnoticed and following the founding of the Holy Kingdom, Küfara was designated as the capital and seat of the Emissary. This decision also solidified the city's name. For years prior, the city had taken the name of whoever was Heavenly Emissary at the time. In keeping with that tradition, the city was permanently named after Pope Æthelwulf Kufar.

Due to Küfara becoming the official capital of the nation, the city grew in size and population even more, with the city's newly created local government and recently elected mayor erecting several structures and buildings to house it's new residents. Additionally, the city began sprawling outwards with suburbs and smaller villages covering the island in almost its entirety.

Due in part to the rapid growth of Küfara and in an attempt to preserve the cultural hegemony of the Nord people in their homeland, on 10 Sonnuber 1690 AN, the royal government decreed that no non-Nords would be allowed to step foot in the capital without the express written consent of both the King and Heavenly Emissary. This decree extends not only to ordinary citizens, but to foreign diplomats as well. As such, with one exception, all embassies of foreign nations (including those of the USSO) and all foreign corporations are located in Küfara's mainland sister city Üterlëk.

Due to almost all foreign activities accruing outside of Küfara, the King of Nordia primarily resides in Üterlëk. This decision often leads to many incorrectly labeling Üterlëk as the capital of the kingdom and not Küfara.

In early Sonnuber of 1690 AN, a diplomatic delegation from the Ultimate Çakar Sultanate and the Emirate of Arbor landed on the shores of Nordia and in an attempt to give an olive branch of peace, the recently crowned King Alexandria invited the Çakari led delegation to Küfara and furthermore welcomed them to meet her in Küfara Palace.

These actions were conducted without the initial approval of the Heavenly Emissary who was surprised to see the Çakari soldiers arrive at the gates of his palace. Learning swiftly of what the King had done and realizing that they were the first foreign people who Nordia had encountered since its unification, Pope Æthelwulf begrudgingly welcomed the Çakari into his home.

The presence of the Çakari men in the capital made many of it's residence feel uneasy. As a result, many began to openly criticize the King's decision to allow them into Küfara, with some even suggesting that the Emissary remove the young King from power. In an attempt to overt potential civil unrest, the King and the Emissary unilaterally agreed to maneuver the story of the Çakari's arrival into that of a pre-planned act of god which was destined to happen. With this plan in mind, the Emissary addressed the people on national TV and informed them that he had discovered through his conversations with God that the King had been influenced by divine intervention to allow the Çakari delegation into the city. This speech calmed the masses and in order to maintain this notion, the Çakari were permitted to construct an embassy in Küfara (the only nation ever permitted to do so).

This incident only served to solidify the relationship between Çakaristan and Nordia as many Nords now saw the Çakari as their heavenly chosen allies and friends. Because of this outcome, some religious philosophers in Nordia now argue that the decision to allow Çakari's delegation into the capital truly was an act of God.