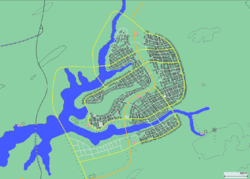 Established in 30.94 PSSC by the Independent Realm of Ergonia as part of an international effort regarding the construction of the Trans-Keltian Raliway, the city of Jogi is situated along the banks of the Strait of Haifa, in the temperate region known locally as the Mists of Keybir-Aviv. Today the city is a hub of local pirates, farmers, and other tradesmen who moved to the region soon after the collapse of Ergonia in 32.02.

The city of Jogi is notably the home of the Ale of the Night Central Brewery, the company which produces the hallucinogenic beer which has traditionally fueled the nighttime raids of the region's pirates, the Ergonian Spy Agency, a company which employs a substantial number of ethnic Ergonians in the field of espionage and intelligence gathering, and the Jogi Regiment, which acts as the unofficial army of the Maritime Markets of the Strait of Haifa. Jogi, furthermore, is the home of the musical troupe Creatures of Corum. 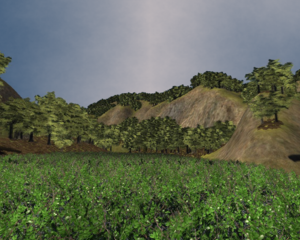 A view of one of the many fertile, untamed valleys which surround the city of Jogi.

The primary mode of transportation in Jogi is sail.

The city of Jogi is home to an Imperial Bassarid Orbital Transit Depot, which connects the city to the orbital trade routes which extend between Corum, Eura, and Keltia.

While there are no official military installations located in Blore Heath, the city is defended by the New Zimian War League, and by the Jogi Regiment. The city is also defended by an extensive intelligence network.

There are no officially protected areas in Jogi.