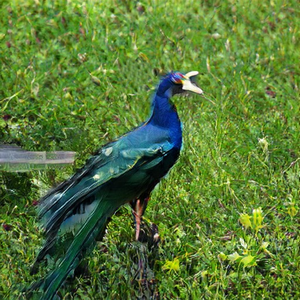 The Iobe-Ogin is distinctive for its vivid blue and green feathers, and for the unusual casque which extends off the top of its beak. 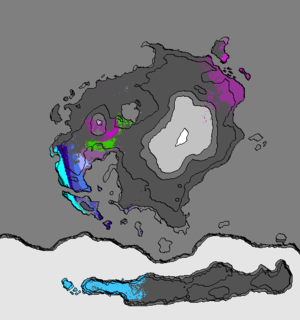 In red, the known range of the Iobe-Ogin-Eda.

Known to build its nests in underground burrows, the Iobe-Ogin-Eda is not entirely incapable of flight, though its ability is very limited by its tremendous weight. Featuring pale, pink feathers on its head, and blue and green feathers on its legs and torso, this creature can often be found foraging in coastal areas. Weighing up to twenty kilograms, the Iobe-Ogin-Eda is widely hunted for its abundant meat and feathers.

Found in only 1 out of 20 Pallisican cities in Corum, this species is uncommon.