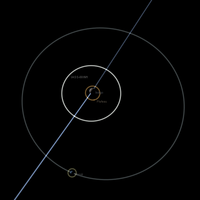 The IASS-00IM1 probe is designed to orbit the planet Indigo at a distance slightly less than halfway between Indigo and Momiji. The probe is expected to arrive in orbit, in early 40 PSSC.
Retrieved from "https://micras.org/wiki/index.php?title=Inner_Atos_System_Survey&oldid=114693"
Categories: