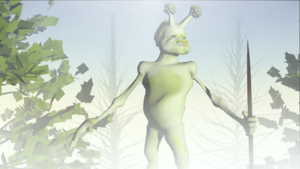 Pictured: A male Imab-Adred-Nas wanders through the forest in search of mate. 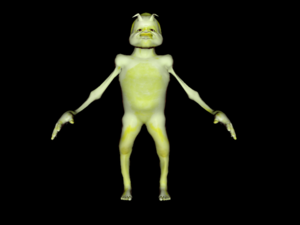 Given its high levels of intelligence, many advocates have called for the government to pass legislation recognizing the rights of the Imab-Adred-Nas.

Common across the region’s wetlands, the Imab-Adred-Nas is one of only a few indigenous animals to have been domesticated. A medium-sized, bipedal creature, this creature can often be seen in the nation’s cities, helping citizens with their daily tasks such as carrying shopping bags home from the store. Considered one of the most intelligent creatures in the region, aside from humans, explorers working for Corum Expeditions have reported finding tribal communities of Imab-Adred-Nas, in remote areas such as along the shores of Lake Norton. During mating season, males of the species produce two large, white bulbs on their head. Those males that produce the largest, whitest bulbs, tend to attract the largest amount of mates.

Found in 11 out of 20 Pallisican cities in Corum, this species is very common. 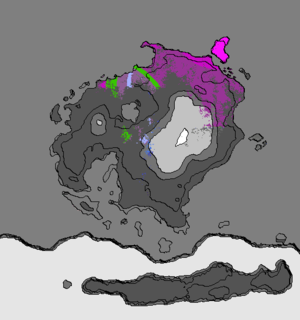 The range of the Imab-Adred-Nas extends across 29.19% of the landmass of Corum. The majority of the species' range - 73% - lies within the warm Mediterranean climate regions of northern Corum, while around 12% lies in the surrounding temperate regions. The Imab-Adred-Nas is relatively uncommon in Corum's cooler regions. Only 14.28% of the species' range extends into the continental and sub-arctic regions of the eastern Riponian Highlands, while there are no confirmed reports of any Imab-Adred-Nas in Corum's polar regions.

While the Imab-Adred-Nas is considered a low-land species, at least 7% of its range is believed to extend into the Riponian Highlands. Populations of Imab-Adred-Nas have been documented along the outer edges of the Central Riponian Mountains.

The Imab Army is a military force that represents a loose confederacy of tribal Imab-Adred-Nas who have allied themselves with the New Zimian War League.

In the 39.80's, Lu Hazh - a notable leader of the Imab Army - was trained to take part as an astronaut aboard the USSO Space Station.