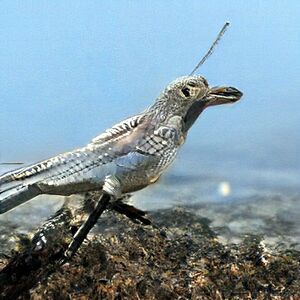 The Hit-Ogin is covered in scaly feathers that allow it to take to the air and sea with equal mastery. These bird-like creatures are very common across certain shorelines around Corum. 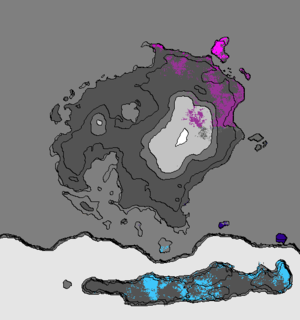 In red, the known range of the Hit-Ogin-Irf.

Although it is most often seen flying along the region's beaches, this creature is also a very adept swimmer. By using the large fin at the end of its tail, this creature is able to propel itself underwater at very high speeds. The Hit-Ogin-Irf is a favorite companion of the region's fishermen, who use its special abilities to help them capture certain types of fish.

Found in only 5 out of 20 Pallisican cities in Corum, this species is uncommon.