The Hazar national football team was the football team which represented the Thraci Confederation constituent nation of Hazar. It was a member of the CTFA, and was run by the FFH.

Hazar applied successfully to join the FMF after the constituent nation was founded by the Thraci Confederation in early 2020. The team first competed in the 2020 Noka Cup, advancing from their group unbeaten before losing to New Vaduz in the semi-final but beating Sanpantul in the third-place match to finish third.

In the 2021 FMF World Cup qualification rounds, the team finished top of their six-team group with 25 points and qualified for a first World Cup finals. In the finals, the team were eliminated at the group stage after finishing with three points.

After bidding successfully, Hazar was announced as the hosts of the 2022 CiboTap Championships, granting the team an automatic berth in the finals and also a place in the year's FMF Confederations Cup, where they finished third in their group with five points. At CiboTap, they advanced from their group unbeaten in second place with five points to reach the semi-finals where they lost to Natopia on penalties before beating Greater Sangun 3–1 in the third-place play-off to place third overall on home soil. Shortly afterwards, the team was dissolved and superseded by the unified Thraci Confederation side. 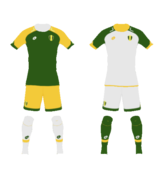 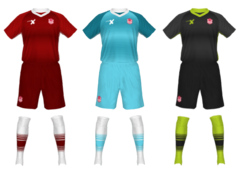 Hazar used the following flags during its FMF affiliation: