Hazar, full name is Federal Republic of Hazar, constituent nation of Thraci Confederation in Corum. This nation successor nation of Bodžinak and establishment in 1681 after than CoRS, in 1681 AN by Yaşar Talha Bülbül. The government form of the nation is the republic.Hazarbashi is Yaşar Talha Bülbül.

The Hazar Nation is not a very high altitude country, but the nation has some high mountains,example Fırat Mountain in west of Hazar city and Fifth Mountain in Efsus state however, since these mountains are in the interior, they have no effect on the climate.The highest mountain in the Hazar is the East Mountain, located in the Fifth Mountain Range, its height is 2104 meters.Hazar is very rich in fanua. 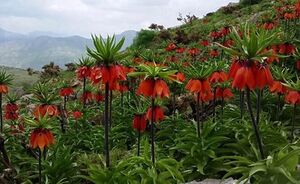 Berkovica Reverse Tulip is a common flower in Hazar.This plant usually grows in rural areas, it is a common flower almost everywhere in the nation.The average length of this flower is 50-70 cm.The most interesting feature of tulip is that it looks towards the ground unlike other species.The colors of the plant is yellow, orange, red and rarely it is possible to meet the blue reverse tulip.Unlike other flower types, it is a very durable flower species.It has a seed structure similar to onion, this plant should be plant in autumn.There are 5-6 flowers on its branch. 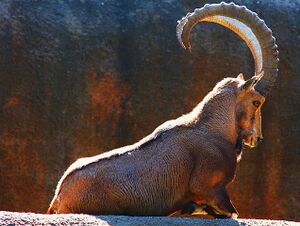 Generations were taken under protection by the Hazar Government.Its use in hunting, food and trade is prohibited by law.

Hazarese is mixture of Bodzinakese and Thraci language, it is constructed language.It was created in 1681 to facilitate communication and fuse relative languages, Its usage has increased considerably since its creation.

The official religion of the Hazar is Umraism, but the state freed people's beliefs. 88,6% is Umraism, 8,0% is Sunni Islam, 2,4% is RiSeism, 1,1% is Christian and 1,9% is other religion (Hinduism, Ateism, Faith of Inti and Antic Egyptian Religion).

RiSeism has been a fictional religion in Phinbella since the interim government and was established in 2814 following the death of a Phinbellan warrior at the time, Kvong Ri-se died in a traffic accident in Rintis Island. This fictional religion was set up to compete with the religions of Jameelahism and Tzuyuism. This religion has been found on Rintis Island and its surroundings, including the Cyborges, Cyberaya, Carey Islands, Penarik Flyover, Liancourt Rocks, Politama and Boninki Islands.

—Ikmal Hakimi, From a conversation between Ikmal Hakimi and Yaşar Talha Bülbül (1681 AN) 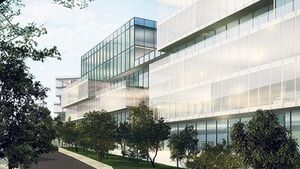 Hazar University is the most quality university in Hazar .

Education is compulsory in Hazar up until age 18, children are required to start primary school at the age of six.Students go on a 3-monthy holiday in the summer, twenty days vacation in the winter, and a weekly vacation in January and April,is happening also weekend hoidays on Saturday, Sunday and Friday in the afternoon.It is a holiday for all students on special days.

Wrestling and Football is most popular sports in Hazar.Wrestling is to be known ancestor football. In the Hazar, you can see that people are wrestling at school or at weddings, wrestling at weedings are tradition.National Oil Wrestling Festival is held in Nevişahsınamünhasır and Atlaskent every year.Hazar is known as "The Land of Wrestlers" among Thracis.Also wrestling is taught compulsory in the military.

Football is a other popular sport in Hazar.Hazar has a amateur football league, league name is Süper Lig Hazar. Süper Lig Hazar is top-tier league in Hazar and fourteen teams are in the league.In the Süper Lig Hazar, the last two teams are relegate to State Amateur League (Eyalatsal Hazar Liqi). Eyalatsal Amatör Liqi has 7 groups and 56 teams.