The team was founded in late 2014 after Gong successfully claimed on Micras by seceding from the Apollonian Republic. Soon afterwards, the team competed in the first Apollonian Cup, where they finished in third place with three points after beating the River Warriors.

In 2015, prior to the completion of the year's qualifiers, Gong became part of Jingdao, but retained its separate FMF membership. In the qualifiers, the team finished bottom of their five-team group with three points.

The 2016 Copa Apollonia qualification rounds saw the team finish fourth in their five-team group with five points. Later in the year, Gong left Micras after being dissolved following the independence of Jexit from Jingdao. 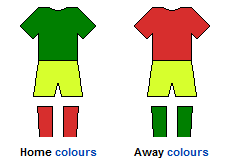 Gong used the following flags during its FMF affiliation: