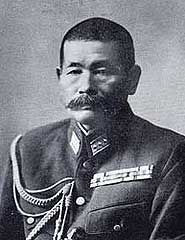 The Florian State, formally the General Government of the Florian State, is a micronation located in Western Apollonia. The nation has existed since the 26th December 2017 (320 EGA), and succeeded the war torn Florian Republic. The establishment of a military administration under Jingdaoese influence alongside the remnants of the civil administration of the liberal Jessica Smith, happened in the aftermath of another diplomatic attempt[1] of the Florians to establish peace with the Natopians during the War of Lost Brothers. Having given away their sole harbour city without any real guarantee that the combatants (the SANE and USSO) would stop waging war on Florian territory, brought outrage among the local population. At the same time, Jingdaoese Field Marshal Tzao Yao was unsure if the ruined infrastructure and cities could even guarantee sufficient supply lines towards the front, which every day stretched further and further southwards.

Military and foreign affairs were granted to the Military Governor and his staff, while domestic issues - as long as they didn't intervene with or damaged the war effort - were part of the duties of the civil administration. The authorities received certain aid, financially and through food supplies, to rebuild the nation.

The Military Administration was headed by a Military Governor, appointed by the Grand Secretariat of Jingdao. The Governor had absolute authority over military affairs and foreign affairs of the nation (de facto handling its agreements with the Union, as recognition by other states was limited out of fear for Shirerithian reaction). While not directly involved, the military has the power and influence (but not the legal means) to override decisions of the civil administration if those would harm the war effort.

With a part of the nation occupied by Shirerithian and Natopian troops in the south and the other part mostly in ruin, it was considered by the administration to hold new elections. The Jingdaoese troops promoted and supported the establishment of a new political party under leadership of the Hondonese Florian Hai Yong (who was Minister of Domestic Affairs under president Smith). The National Spiritual Mobilization Movement was created with a very pro-Jingdaoese stance, while anti-Jingdaoese movements like the Independence Party were disbanded (as stipulated in the Treaty of Chuán Ké) and its members were forced to assimilate into other political groups or flee underground. 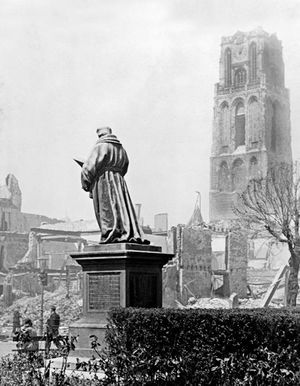 In 320 EGA most of the nation, including the Capital of Northcliff was ruined. On the picture you can see the statue of the Catologian Prophet aznd folk hero Floris, while the Catologian catodral is still standing almost untouched on the background between the ruins of the city.

With most infrastructure and industry in total collapse and the de facto boycot of using the Florian currencies, the Florian Pound had been rendered worthless in less than a week. Shortages of almost each basic good made the situation even worse. As the nation relied heavily on foreign aid of the USSO, the Military Administration pushed forwards a monetary reform in which the pound could be traded for the Jingdaoese Military Kala.

For an exchange rate of 1 Military Kala for each 100 Florian Pounds, the population was able to purchase directly from the Jingdaoese market. However, it also led to unfair concurrency with Jingdaoese traders, whom were able to purchase resources fairly cheap at the fixed exchange rates. Soldiers on leave in Floria were, after the establishment of the General Government in 320 EGA, partly paid in Miltary Kala instead of Jingdaoese Kala, and therefore de facto forced to make purchases in the region itself.

While the industrial capacities of the Florian State were crippled and would remain so for the rest of the War, the Jingdaoese economical interests in the huge tin and lead deposits led to an increase in investments and jobs in the mining industry. The high pre-war unemployment has, because of the war and reconstruction programs, been lowered to unprecedented lows. 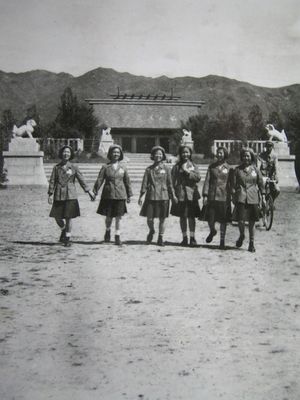 Hondonese children going to a Jingdaoese-sponsored school (recognisable for its foreign architecture).

After the establishment of the Government General, Minister Hai Yong of the National Spiritual Mobilization Movement, was given the task to reform the Florian education system along the lines of the Hondonese.

The National Mobilisation Schools became the new elementary schools for pupils up to 14 years, after which they have to join a Patriotic Academy (which is a military school) or the Youth Schools. Just like during the Florian Republic, and to combat malnourishment, the school offers free daily meals to its students and teachers.

Investments by the Jingdaoese in education was reflected in the architecture of several new schools. Some old building, dating back to the era before the Florians became independent, were reconstructed while others were newly built in a Jingdaoese architectural style. Hondonese and Jingdaoese pupils (often family from soldiers posted at the front) received government subsidies to join the local schools.

The Jingdaoese language is taught in school, along with Florian and English.