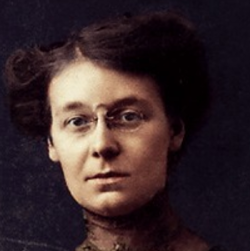 Fenna Bakker (b. 1638 in Meerzicht, Shireroth) is a Sanaman politician. She served as Federal Councillor of the Environment, Transport, Energy and Communications from 1677 to 1678, as Secretary for Justice between 1681 and 1685 after the Nationalist & Humanist Party entered the government, and as leader of N&H in Sanama between 1676 and 1685. Since 1685 she serves as the ambassador to the Unified Governorates. Ms. Bakker is of Passikaans descent, married to Louis Vaaksteik (m. 1670) and has five children - four of whom were born in wedlock.