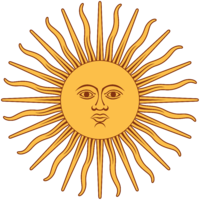 A visual representation of The God Inti.

The Faith of Inti is a polytheistic religion practiced in the Wechua Nation. Many deities such as Inti, Pachamama, and Viracocha are known across all Wechuans, whole others are more localized.

The Faith of Inti has many deities. The principal deity is Inti, known as the sun god. He is typically viewed as a boy from Wechua society and was also known as a golden disk with fire like rays coming and a face in the middle. The Faith of Inti believes the sun is a key element for agriculture by protecting and helping with the growth of crops. The Coricancha (The Golden Enclosure) in the city of Huichajanca is the holiest temple of the Faith and is dedicated to Inti.

Deities in the Faith of Inti occupy the Three Realms:

Pacha means "world-moment" in Wechua, including a temporal context of meaning. Pachas overlap and interact in Wechuan cosmology presenting both a material order and a moral order.