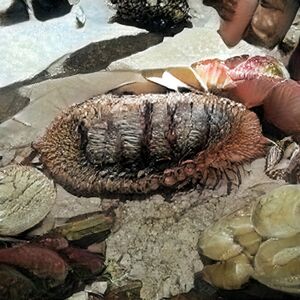 The Fa-Hial can be identified by the thick, red or brown fur which covers its hard exoskeleton. Although they may not be immediately visible, the Fa-Hial possesses two powerful pincers which can inflict painful wounds on even the largest and toughest of potential foes. 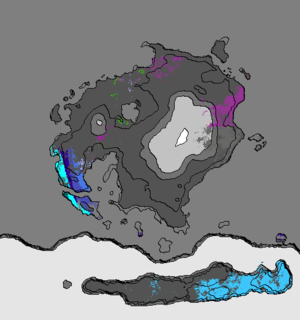 In red, the known range of the Fa-Hial-Rf.

Found in herds of twenty to thirty members across the shorelines of Northern Corum, the Fa-Hial-Irf is a large, aquatic hial. Featuring a very hard exoskeleton covered in a thick coat of bright red fur, and two large, powerful pincers, the Fa-Hial-Irf is no longer widely hunted, to due the difficulty involved in obtaining and preparing the creature’s edible limited flesh.

Found in 7 out of 20 Pallisican cities in Corum, this species is somewhat common.