The Elwynn national football team is the football team which currently represents the micronation of Elwynn, and previously represented the Shirerithian constituent nation of the same name. It is a member of the WMFA.

The team was founded in late 2010 after Elwynn successfully claimed on Micras by seceding from Shireroth. The team was entered into the qualifiers for the 2011 FMF World Cup, where they finished bottom of the WMFA's sole six-team group. Following the qualifiers, Elwynn annexed Amokolia and Hurmu, as the nation expanded to include further constituent nations. Each constituent nation retained its separate FMF membership.

The team improved in the 2012 qualifiers, finishing third in their five-team group with 14 points and guaranteeing a place in the first ever Benacia Cup, where they could only finish bottom of their group with a point.

In the 2013 qualifying, the team finished third in their four-team group with eight points. During the qualifiers, Elwynn was annexed back into Shireroth but maintained its separate FMF membership.

In the following year's qualifiers, the team topped their four-team group with twelve points, one ahead of Shireroth, to reach their first World Cup finals. The team also qualified for the 2014 Benacia Cup, where their success continued as they advanced to the final as second in the group stage before losing 2–1 to Tellia to finish as runners-up. In their World Cup début, the team finished second in their group with four points and advanced to the quarter-finals, where they were beaten 3–2 by eventual champions Mercury.

In 2015's qualifiers, the team finished second in their four-team group with 13 points.

In 2016, Elwynn successfully bid to host the year's Benacia Cup, qualifying automatically as a result, and instead competed in the inaugural FMF Confederations Cup, where they finished bottom of their four-team group with five points. Elwynn were more successful in the Benacia Cup, as they topped their group by winning both of their matches before overcoming both Craitland in the semi-finals and Tellia in the final, both via penalty shoot-out, to win their first ever international title.

In late 2016, Elwynn co-founded the Treesian Memorial Cup and competed in the inaugural edition prior to the 2017 World Cup qualifiers, where they finished second on goals scored. In the qualifiers themselves, the team finished top of their four-team group with 13 points and sealed a place in their second World Cup finals. In the World Cup, the team placed third in their group with five points, advancing to the play-off round ahead of Nova England on goal difference, before losing on penalties to Birgeshir after a 0–0 draw.

Elwynn competed in the 2019 Treesian Memorial Cup ahead of the year's qualifiers, finishing bottom and failing to score. In the qualifiers, the team finished third in their five-team group with twelve points before Elwynn once again gained independence after seceding from Shireroth. Soon afterwards, the team competed in the inaugural Vulture Cup, topping their group unbeaten with three wins before overcoming Tellia 2–1 and hosts Sanama 4–2 to lift the trophy. 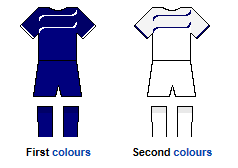 Elwynn has used the following flags during its FMF affiliation: