While seen as a period of chaos, its direct impact on the daily life of the population was limited to certain regions, but nonetheless viewed as vital for the nation's transformation to a true constitutional monarchy. The departure of Arkadius I, the withdrawal of Regent Jodocus van Haltna from active politics and the rise of Arkadius II to power, would all eventually influence public opinion and avoid a full-blown revolution. Order was restored, the first parliamentary elections held and crisis laws enacted which improved the life of the citizenry. 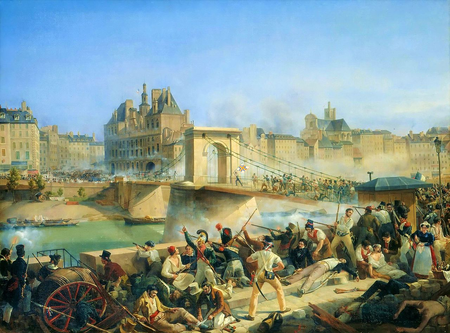 The surprising flight of King Arkadius I shocked the nation: in 1523 he left 's Koningenwaarde with his family, and re-appear in Gascony . Jodocus van Haltna, who after the van Haltna Crisis had avoided too much political attention, was taken aback by the demise of his close friend and left politics. This brought back some of his opponents to the side of the government, which slowly regained control.

The period of the Davignonrepublic saw the rise of the Second Kingdom of Batavia. While citizens enjoyed increased liberties under the new constitution, trials were held under martial law to imprison the most important traitors. The Communist Party was - for a short while - banned from participating in the elections after its initial successes (gaining 15 of 50 seats in the first meeting of the Lagerhuis).