The Cynulliad Cenedlaethol or the National Assembly is the legislating body of the Calbain people and of Calbion. Originally, the Cynulliad Cenedlaethol took the form of a triannual gathering of local representatives but during the 1620s, the Brettish democratic customs introduced a parliamentary system in which the people of Calbion elected 198 members to the unicameral Assembly. Procedings in the National Assembly remain rooted in (often shadowy) tradition and history of the Calbain people. As a result of its complicated part, there is no clear separation of powers in Calbion, with the Governor-General and the members of the High Council also having a seat in the Assembly.

The Cynulliad Cenedlaethol has been the legislating and governing body of the Calbain people for centuries. The Cynulliad Cenedlaethol was a triannual gathering of local representatives before it turned into its current form. The Assembly consisted of two tiers, first the High Council, which was the main governing body of the Calbain, and had both executive and legislative powers, and second the Assembly, which developed into the lower house. Originally, all male heads of the Calbain families attended the National Assembly. During the establishment of the Calbain state, this slowly transformed into an indirect parliament and political factions formed. During the time in which Calbion was a protectorate of the Brettish Isles, the current system of representative democracy was introduced and the factions transformed into political parties. The most notable of these parties was the Plaid Calbinol, 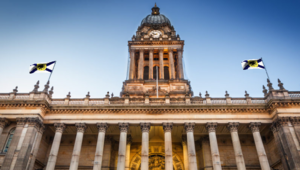 which has been the main proponent of internationally recognised independence for the Calbain nation. It governed Calbion during its time of independence, and carried the nationalist political movement during the period of Arcadian occupation. Other, smaller factions have formed as well but have largely disappeared. The small Plaid Wleidyddol Catologiadd, a party that sought to implement the principles of the Calbain religion was propped up by the Arcadian occupation government as the established government party of Calbion. As such, they, together with conservative forces, formed the "Realist" strain in Calbain politics.

During the period of Brettish protection, Calbion had to abide to Brettish law on Foreign policy, defense and monetary policy. The Assembly had some legislative rights on the remaining subjects, and the Governor-General, together with the State Secretaries, had executive power. Because the Governor-General was appointed by the Brettish Parliament, the sovereignity of Calbion could be questioned.

The last Cynulliad Cenedlaethol was held in 1680, but the Assembly meetings have been boycotted by the proponents of Calbain independence who did not recognise the Arcadian-instituted local government of Calbion. Since the start of the Jingdaoese occupation, a government in exile had been formed, which briefly resided in the Skerry Isles. Following the fall of Arcadia, the Nationalist underground faction gained power and, under the leadership of Evyn Drakeford, oversaw the renewed independence of Calbion.

The members of the assembly under Arcadian government retained their seats until the election of 1685, but shifted allignment to either the nationalist or the realist block (with some minor factions or independents remaining). The 1685 elections resulted in a victory for the nationalists.

Following the expansion of the Calbain state after the adoption of the Ynysoedd Unedig bills in 1686, the method of voting for the assembly was changed. Adding seats based on new population would have meant more than doubling the seats in the assembly. Instead, the 198 seats of the Cynulliad Cenedlaethol remained intact, but each Talaith was designated a specified number of seats. The division of seats for the assembly was based on the population and can be seen in the table below.

In 1695, following the alteration of the political status of Cybwlach, the allocation of seats was slightly altered. The assembly continued to have 198 seats. The Crown Colonies, the autonomous principality of Cybwlach and the Calbain Church were each assigned one special member to the Cynulliad Cenedlaethol. The former constituencies of Cybwlach were abolished some new constituencies were created to bring the number within the Talaith to 195. In 1703, the three assigned seats were abolished, changing the total number of seats of the Assembly to 195.