As a whole, the Confederate States is sparsely populated and the majority of the land in Floria is either dominated by tropical rainforest or tundra, particularly in the northern parts of the country. Its population is highly urbanised with 85% of its inhabitants living in large or medium-sized cities. The Confederate State's climate varies widely across its area such as cold freezing temperatures in the north in winter to very hot summers in the rest of the country. Before the inhabitation of the modern-day Florian, the area of what now is the Confederate States of Floria was inhabited by ethnic Jingdaoese however these Jingdaoese aboriginals were eventually driven out of the area and returned to the mainland.

A highly developed and powerful country, the Confederate States has a high GDP per capita and has a large and advanced economy with one of the strongest currencies in the world. The Confederate States of Floria, then known as the Florian Republic were former members of the Apollonian and Euran Economic Union and USSO before withdrawing from both.

In 1685 AN the Committee for Civil Contingency Planning was formed. The committee received a wide-ranging mandate to review and reorganise civil society and public administration in view of defects uncovered during the Verionian-Raspur War at the start of the decade. In spite of the Florian recovery from the War of Lost Brothers concerns persisted with regards to the Confederate States vulnerability to another severe systematic shock - whether internal or external in origin.

Opposition parties queried the scope of the mandate bestowed upon the committee and called for greater democratic oversight of governmental bodies established by presidential decree.

In 1689, after being a three-party nation since the end of the War of Lost Brothers, the United National Party of the Republic and Imperial Democratic Party of Floria joined forces creating a dominant right-wing presence in Floria and the merger is expected to influence the Florian political landscape for many decades to come.

The striped jing panther is an invasive apex predator recently encountered, as of 1686 AN in forested and marshy terrain along the margins of the western frontier. In keeping with their customary hostility towards Floria, Jingdaoese officials in Daocheng have been quite unforthcoming, in response to the queries of third party intermediaries, with regards to the provenance of these animals. The striped jing panther is, from a handful of reported encounters, considered to be a man-eater and may have been specifically bred for the purpose. A cash bounty of $25,000, along with the promise of a fortnight's furlough, was offered by the Committee for Civil Contingency Planning for any serving Confederate official or member of the armed forces who could successfully bring down one of these animals and present the carcass for verification.

Notably endemic in the western regions of Floria are the spitting-bile scorpions, notable for their ability to forcefully expel from themselves a quantity of corrosive acid across a distance of 2.6 metres as well as for their uncanny ability to aim for the eyes of their victims. To be found in large concentrations clustered around the death pits which appear to map to roads and likely invasion routes from Jingdaose territory for a distance of 5km in from the border. Propagation across the border appears to occur by those mysterious shattered earthenware jars commonly discovered on the Jing side of the line of control with the coming of the dawn.

The Confederate States of Floria has a high life expectancy and is steadily growing as the country recovers from the War of Lost Brothers. However, growth in life expectancy has not been as expected as suicide and drug overdose rates are common especially in cities most affected by war and poor representation in the Florian government. Despite Florian citizens eating approx. four or more meals a day, obesity rates are relatively compared to other nations on Micras.

Coronary artery disease, lung cancer, stroke, chronic obstructive pulmonary diseases, drug overdoses and traffic accidents cause the most years of life lost in the Confederated States. Low back pain, depression, musculoskeletal disorders, neck pain, and anxiety cause the most years lost to disability. Teenage pregnancy and abortion rates are substantially higher than in other Western nations, especially among minor ethnic communities.

The Florian government has pledged to become a leader in medical innovation and continues to develop and research cures for diseases such as cancer. Health care coverage is universal and is fully funded by the government. However, patients, if they wish, may be granted private healthcare for operations such as plastic surgery etc.

The Confederate States of Floria has a very high level of education and a large number of adults taking tertiary education with 41% of adults having attained at least an undergraduate college or university degree. 5.5% of Floria's GDP is spent on education and tertiary education students are heavily funded by the government. In Florian schools depending on which language is spoken in the area, classes are taught either in English, Florian or Alexandrian. Subjects which students perform above the national average are economics, reading, computing and mathematics.

The Confederate States of Floria has three main languages with these being English, Florian and Alexandrian (Fransh and martino). English is the mother tongue of 56% of Florian inhabitants and 21% and 10% for Alexandrian and Florian speakers. Other recognised languages include Corian and Jingdaoese. Throughout the country, road signs are displayed in all three official languages with the more prominently spoken language in that area displayed first.

The federal government is made up of three branches:

The House of Representatives has 300 voting members, each representing a congressional district for an 11 AN (one Gregorian) year term. House seats are divided among the states by population following each decennial census. Each state then draws single-member districts to conform with the census division. The Senate has 70 members with each mainland state having 17 senators. Etourney and Florian Eura have one. The president serves an eleven AN year term and may be elected to the office no more than twice. The president is not elected by direct vote, but by an indirect electoral college system. The Supreme Court, led by the chief justice of Floria, has nine members, who serve for life.

The Confederate States of Floria is a federal republic of 9 states, one unincorporated territory and two organised territories. The states and organised territories are the principal administrative districts in the country. These are divided into subdivisions of counties and independent cities. The states choose the president of the Confederate States. Each state has presidential electors equal to the number of their representatives and senators in Congress. Territories of Floria such as Etourney do not have presidential electors, and so people in those territories cannot vote for the president.

Citizenship is granted at birth in all states and territories.

Morgan Sharp
3rd President
since 1684 AN 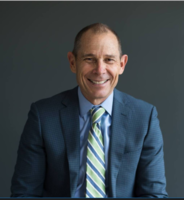 Floria operates under a two-party system but in the early days of the republic, many parties existed. For elective offices at most levels, state-administered primary elections choose the major party nominees for subsequent general elections. Since the 1683 AN elections, the United and Imperial Party of Floria and the Labour Party have been the major parties in the nation. The president and vice president are elected by the Electoral College.

In Florian political culture, the right-wing UIP is considered "Nationalist" and Labour as "Socialist". The Southern states are nationalist whilst the north is mostly socialist.

United Republican Morgan Sharp the winner of the 1683 AN Presidential election is serving as the second president of the Confederate States of Floria. Leadership in the Senate includes vice president Anthony Kelly. The House of Representatives is as of 1683 controlled by the UIP with the Senate run by the Labour Party, giving Floria a split congress. The Senate consists of 28 Labourians, 40 United Imperialists and two representatives of Etourney and Florian Eura. The House of Representatives consists of 227 United Imperialists and 75 Labourians.

The President is the commander in chief of the country's armed forces therefore it appoints its leaders, the Secretary of Defence and chief of staff. The Confederate States Defence Commission administrates all branches of the Florian armed forces. As a member of the Raspur Pact, should a conflict involving a Pact member occur, the Confederate armed forces are required to engage in that conflict. Floria is the pact's largest presence on the continent and Florian troops are regularly sent for minor operations and peacekeeping. The Florian armed forces are currently active on three continents.

Military service is compulsory for Florian men aged from 18-36 with conscripts required to serve for six months. Failure to serve leads to severe fines and imprisonment.

From 1676 AN after modest operations from existence, the Florian Armed Forces became a military superpower after large sustained growth in terms of both manpower and equipment funded by large investment during the reconstruction efforts after the War of Lost Brothers.

Law enforcement in the Confederate States of Floria is primarily the responsibility of local police units and sheriff's offices. State police provide a broader service if required. Federal agencies such as the FDI and Florian Marshall service have dedicated duties such as domestic security, civil rights and enforcement of federal laws. Regional courts handle most criminal trials with federal courts only handling servere cases.

Capital punishment is legal in Floria for crimes such as murder,treason, espionage and drug trafficking. Floria has a high prison population with prisoners kept in mostly private owned facilities.

Personal transportation in the Confederate States of Floria is dominated by automobiles and the micronation has a very high rate of per-capita vehicle ownership. Around 35% of personal vehicles are light trucks and vans. Rail transport is extremely popular in the micronation and has one of the most efficient and busiest railway systems on Micras. The Railway industry is government-owned and operates under the name FLO Railways.

Mainstream Florian cuisine is similar to that in other Apollonian countries. Rice and wheat are the primary cereal grain with about three-quarters of grain products made of wheat or rice flour and many dishes use indigenous ingredients, such as turkey, duck, beef, potatoes, sweet potatoes, rice, corn, and maple syrup.

Characteristic dishes such as poutine, fried chicken, pizza, hamburgers, and hot dogs derive from the recipes of various immigrants and natives.

The Florian fast food industry, the world's largest, rapidly rose after the War of Lost Brothers as it provided a quick solution to quickly accessing meals and cutting cooking time. Fast-food consumption has sparked health concerns within the country but health issues related to obesity etc. are carefully monitored by the Florian government. Highly sweetened soft drinks are widely popular, and sugared beverages account for nine per cent of Florian caloric intake.

The Confederate States of Floria is the hub of Micrasian Electronic Dance music (EDM) with many festivals and concerts being held throughout the country all year round. The most notable festival being The Rising Festival held in Northcliff where ten stages across the city play concerts of different genres from trance to house. The most popular EDM forms in Floria include trance, house and Dubstep as well as garage music. Classical music is also extremely popular with many orchestras professional and amateur throughout the country. The genres of hip-hop and jazz have also emerged especially in the state of Ontario and its capital Vice City where it's popular the most.

The Confederate States of Floria has four major professional sports leagues which are followed hugely worldwide. These four leagues are known as the 'Big Four' and these leagues are the Intercontinental Hockey League (ice hockey), Florian Football League (Gridiron football), Super League Football (football) and the FBA (Basketball).

The Confederate States of Floria competed at the first-ever Micras Games in 2018 held in Jingdao as the Florian Republic and was the highest placed major sporting country in the medal table with 10 gold medals and two silver medals. The Confederate States of Floria has also hosted major Micrasian sports events during its existence such as the MHL Junior World Championships and MHL World Championships (both 2019).