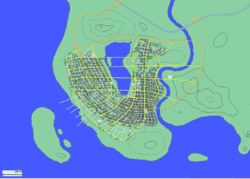 Located at one of Keltia's great strategic points, the city of Blore Heath sits at the Southern mouth of the Strait of Haifa, where the waters of the Strait converge with those of the Corprian Sea. Originally established by the the United Kingdoms of Bosworth in 15.64, and later resettled by the Kingdom of Uantir in 20.12, the city played a vital role in controlling the passage of ships into the Strait of Haifa until 26.62, when the city fell into ruin following the collapse of Uantir.

Today, the city of Blore Heath is officially governed by the Officers of the Fleet of Blore Heath, a powerful pirate syndicate which maintains significant influence throughout the Strait of Haifa, and across the greens of Eastern Keltia. Unofficially, however, the city is run by the secretive and phenomenally powerful Maritime Guild of the Cult of Maskmakers, a collective of powerful, sorcerer priests and priestesses who practice the ancient and illicit art of face-changing, a magic believed to have been granted to mankind by Tar, the god of the Alperkin people. While the Fleet of Blore Heath acts as the city's primary governing authority, its leaders answer to the leaders of the Cult of Maskmakers, whose power they fear immensely. The most powerful member of the Cult of Maskmakers is the Crown of Passio-Corum herself, Empress Díapaza Bréidle, who rose to prominence using her profound magical abilities to shape the course of the Strait of Haifa Campaign. 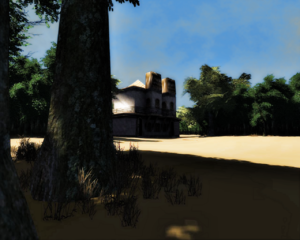 A house sits along a wooded road not far from the coast, on the outskirts of the city of Blore Heath.

The primary mode of transportation in Blore Heath is sail.

While there are no official military installations located in Blore Heath, the city is defended by the New Zimian War League, as well as by the Jogi Regiment, and the Fleet of Blore Heath.

The only official protected area in Blore Heath is the Grove of the Zoe Elm.