Elwynn is divided into 214 bailiwicks, of which 126 are in the Elwynnese Congressional Counties, 57 in the Alalehzamini Autonomous Republic, 31 in Normark. Each bailiwick is traditionally styled "Worshipful Municipal Corporation of Aldermen of the [official name of bailiwick], Guarantors of its Ancient Liberties", except in Normark, where they are simply titled "Bailiwick of [name]", and Northern Tellia, where it are called "The Most Serene Bailiwick of Northern Tellia" (il Serenissimo Commune de Tellia Settentrionale). 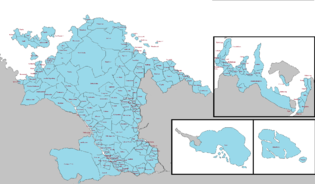 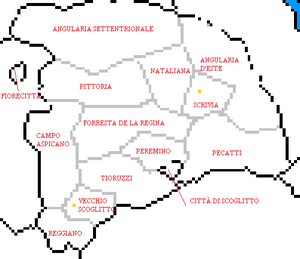